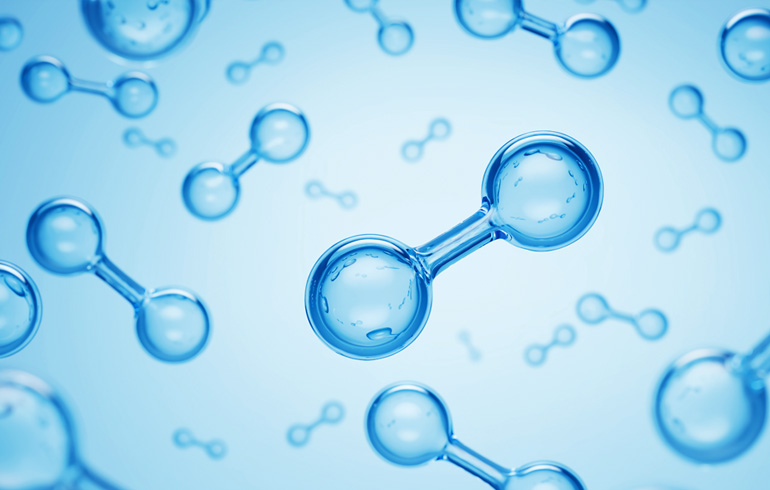 For the first time, ABO Wind will combine a wind farm with the production and use of green hydrogen: The German Federal Ministry of Digital Affairs and Transport is funding the Hünfeld-Michelsrombach project with around twelve million euros as part of the National Hydrogen and Fuel Cell Technology Innovation Programme. The funding directive is coordinated by NOW GmbH and implemented by Project Management Jülich (PtJ).

“We have been working intensively on the topic of hydrogen for around ten years and are pleased to implement a project for the first time,” says ABO Wind board member Dr Jochen Ahn.

In the industrial park “Hessisches Kegelspiel” in Hünfeld, ABO Wind is planning the construction and operation of a wind turbine and an electrolyser with a hydrogen refuelling station for lorries and buses. The approval application for the wind turbine with an installed capacity of 4.8 megawatts has already been submitted. The electrolyser will initially be designed for an output of 5 megawatts. After five years, an expansion to 7.5 megawatts is planned to meet the expected hydrogen demand increase.

Green hydrogen is to be produced by means of water electrolysis in the industrial park. It is mainly supplied to lorries at the public refuelling filling station that is also to be built. Later use for other hydrogen vehicles, such as cars, would also be possible. Around 50 lorries can be refuelled per day at the filling station. The plant is designed so that part of the hydrogen can also be transported to distant customers by lorry via mobile storage units, so-called trailers. As an H2 hub in the region, the project will contribute to the traffic turnaround and offer industrial and commercial customers the opportunity to make their processes climate-friendly gradually.

“The direct connection line between the wind turbine and the electrolyser is extremely innovative. It makes it possible to adjust the hydrogen production according to the wind supply,” says Dr Jochen Ahn.

Such storage systems are essential for a sustainable energy system. The electrolyser can draw electricity from the grid if there is no wind. According to initial calculations, the project will avoid emissions of 115,000 tonnes of carbon dioxide annually and nitrogen oxides. This effect is to be increased even further: The adjacent laundry could reduce its gas consumption by using the waste heat from the electrolyser. In addition, the oxygen produced by the electrolyser can be ideally used for bleaching and disinfecting.

The hydrogen project emerged from the HyExpert project “HyWheels”, launched in 2019 and aims to turn East Hesse into a pioneer region for a carbon-neutral logistics economy. At the beginning of 2023, another project was launched as part of the H2 Cluster: the HyWheels Hessen fleet. The goal is to build one of the largest fleets of fuel cell vehicles in Germany. Through its role as a pilot project, all relevant data will be recorded to create the best possible network of filling stations and implement a service concept for the users.