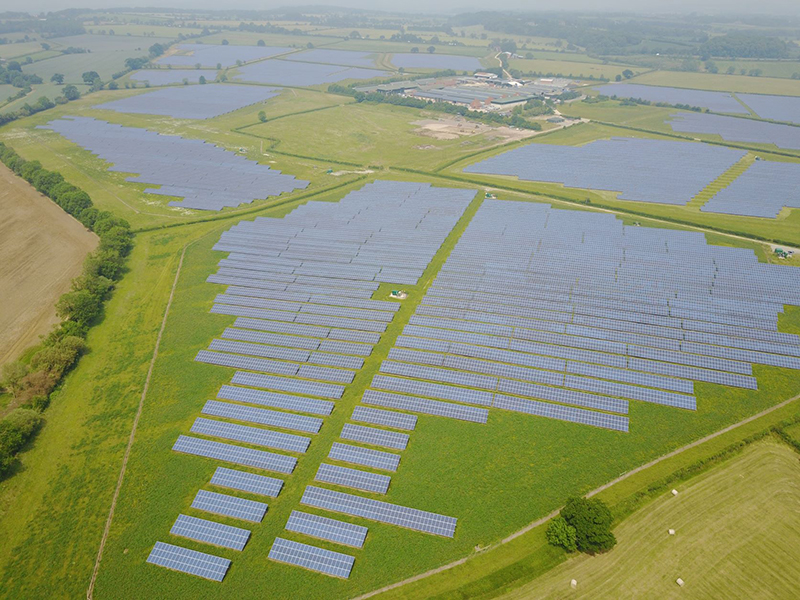 Anesco has unveiled its latest development and expansion plans in the UK and Europe following funding from Santander UK.

Santander UK has provided Anesco with a £12m revolving credit facility to support its delivery of a pipeline of renewable energy developments in the UK and Europe, including five battery storage projects and three solar farms at the ready-to-build stage.

The battery storage projects, located in Dundee, Melksham, Nottingham, Ipswich and Essex, are due to become operational by spring 2023. The three solar farms, located in England and South Wales, are due to start operating later this year.

Headquartered in Reading and founded in 2010, Anesco has its sights set on international expansion, initially in Germany and the Netherlands. The company is targeting further growth – both organic and through acquisition – in these markets and more widely throughout Europe. Its secured pipeline of renewable energy projects is entering the build phase and the company anticipates this will bring triple-digit growth to its current annual revenue of £70m over the next few years.

The business has increased its staff by 20% over the past nine months to now employ 200 in the UK. It anticipates growing this number by a further 20%-30% over the next two years with roles based across the UK, Netherlands and Germany.

Anesco specialises in solar power generation and energy storage and has constructed more than 100 solar farms and 30 energy storage facilities in the UK and Europe. An industry leader, the company was responsible for the UK’s first commercial energy storage unit when it launched in 2014, then installed the largest optimised solar farm in Europe at the time six months later. In 2017, it constructed the UK’s first subsidy-free solar farm, Clayhill in Milton Keynes.  Then in 2019, it was first to enter a battery into the balancing mechanism market with National Grid.

Mark Browning, Chief Financial Officer at Anesco said: “Santander UK’s funding is key to supporting our working capital requirements as we embark on an ambitious build programme in the coming years. We are contracted to deliver large scale solar and energy storage projects over the next 12 months and Santander UK’s support will not only make the delivery of these projects possible but accelerate our development pipeline by enabling us to bring more renewables projects to market in the UK, as well as supporting our growth in Europe.”

Steve Bateman, Relationship Director at Santander UK said: “Anesco’s pipeline of battery storage and solar energy developments will make an important contribution to the ability of the UK – and Europe – to produce a reliable flow of electricity from renewable sources. Santander UK strongly supports clients such as Anesco that are bringing positive environmental change to the energy sectors in the UK and Europe.”