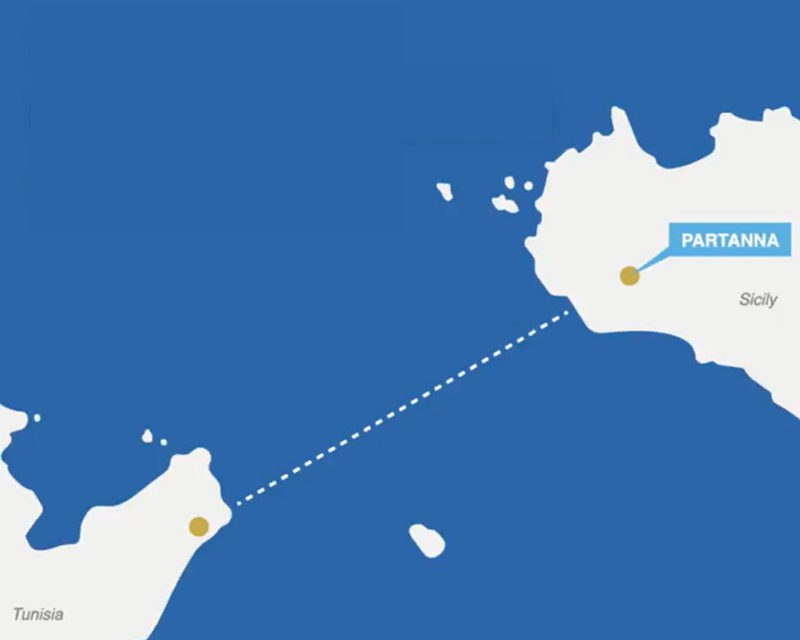 The Italian Ministry of the Environment and Energy Security has begun the authorisation process for Terna’s new electrical interconnection between Italy and Tunisia. This 600 MW, high-voltage energy bridge will connect Europe and Africa.

The project, included in the list of Projects of Common Interest (PCI) under EU Regulation 347/2013, is set to receive investments of approximately € 850 million. Of these, € 307 million will be funded by the Connecting Europe Facility (“CEF”), the European Union fund established to support key projects that aim to optimise energy infrastructure in the EU.

This is a landmark decision: the first time CEF funds have been allocated to an infrastructure project developed by a Member State and a Third Country. As a further testament to its strategic importance, the European Commission allocated over half of the budget in the 2022 call to the project.

The work, which will be developed by Terna and STEG, the Tunisian electricity operator, will promote the integration of the electricity markets, improve energy security and, above all, increase electricity production from renewable sources in Europe and Africa and promote the diversification of energy sources. In addition, once operational the connection will help to reduce greenhouse gas emissions.

Terna’s new interconnection, which results from an intergovernmental agreement between the two countries signed in December 2021, will also facilitate the achievement of the national and international energy and climate targets set by the National Integrated Energy and Climate Plan (PNIEC) and the Green New Deal.

“Thanks to this project, Italy will be able to firmly establish itself as the Mediterranean energy hub,” declared Terna’s CEO Stefano Donnarumma. “It is a strategic infrastructure project for Italy and for Europe, which will significantly contribute to energy independence, to the security of the electricity system, and to the development of renewable energy. We are very pleased to receive funding from the European Commission – the very first time a grant has been allocated to an intercontinental project – which recognised the strategic value of our project,” added Donnarumma.

The project involves the construction of a submarine interconnection extending for over 200 km and reaching a maximum depth of 800 metres. In Italy, the underground link starting from the landing point in Castelvetrano, in the province of Trapani, will follow existing roads for 18 km, with no impact on the environment or landscape, to reach Partanna, also in Trapani, where the new electrical conversion station will be constructed near to the existing one.

The Italian grid operator concluded the public consultation phase in July 2021, during which observations submitted by administrations, organisations and citizens were analysed and discussed, promoting dialogue and debate with interested parties.

Overseas connections are one of the key points of Terna’s investments in the upcoming years. To date, 26 cross-border lines are already in operation. The new interconnection between Italy and Tunisia planned by Terna as part of its 2021 Development Plan – together with the Interconnections between Italy-France, Italy-Greece, Italy-Switzerland, Italy-Austria and the Sa.Co.I.3 (the project to upgrade the connection between Sardinia-Corsica-Italy) – will allow the country, due to its strategic geographic position, to strengthen its role as European and Mediterranean electricity hub, becoming a key international player.