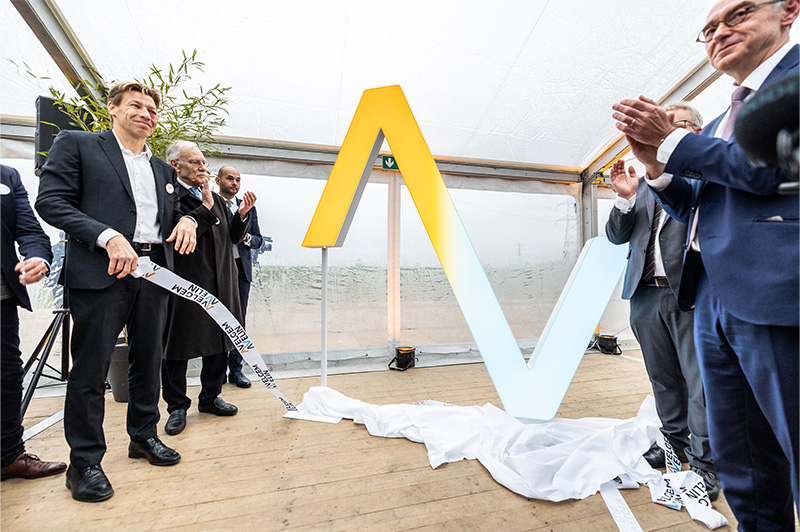 On 2 December 2022, the electricity transmission system operators of Belgium (Elia) and France (RTE) unveiled the reinforcement of the electricity connection between their two countries in the presence of the Walloon Minister of Energy, Philippe Henry and representatives from the French public authorities. The Avelgem-Avelin connection is now equipped with high temperature, low sag (HTLS) conductors, and state-of-the-art technology, which enables twice the amount of power to be carried across it (from 3 to 6 GW). This reinforcement of the European backbone will contribute to the security of supply of both countries, to the integration of renewable energy into the system and to strengthening the integrated European grid.

The Avelgem-Avelin project is essential for meeting today’s and tomorrow’s energy and climate challenges. By optimising the existing infrastructure, the two TSOs are ensuring the following:

Replacing the conductors with HTLS technology doubles the capacity for electricity transmission between the two countries, from 3 GW to 6 GW. In real terms, this figure amounts to an electricity supply for nearly 6 million households.

10-year collaboration for a multi-phase project

After an initial cooperation agreement between the two transmission system operators in 2011, the two worked on studies and completing administrative procedures until 2017. The four-year project was then able to be started. It was carried out in several phases: adapting the relevant high-voltage substations, reinforcing certain pylons and their foundations, and replacing the original conductors with high-performance HTLS conductors. The unveiling of the reinforced connection celebrates ten years of excellent collaboration between the RTE and Elia teams. Despite the difficult environment and the COVID-19 pandemic, the work was completed on time and without any accidents, which was a major concern for the two transmission system operators.

“With the Government of Wallonia, we want to make every effort to support a cost-effective energy transition. This means more renewables and more efficient use of energy. To achieve this, the electrification of end-use and the development of renewables are essential. Against this background, the reinforcement of interconnectors improves the energy mix, the expansion of demand and the capacity for flexibility that can be activated by all grid users,” said Philippe Henry, Walloon Minister of Energy.

“The optimisation of Avelgem-Avelin doubles the exchange capacity of the interconnector to 6GW. This is the realisation of an important project which reinforces our backbone in Belgium. We are now better equipped to meet the challenges of the future. Carrying out this work makes it possible to deliver more societal well-being in our respective countries. The increase in electricity transmission capacity also contributes to European decarbonisation objectives by facilitating the integration of renewables. I would like to thank the teams from both countries who worked together for more than 10 years to complete the work on time,” said Chris Peeters, CEO of Elia Group.

“I am proud of our collaboration with Elia, which has increased the exchange capacity between our two countries, and this is a perfect illustration of European electrical solidarity. Solidarity that is essential in the midst of the energy crisis but also in the longer term to achieve our objectives of carbon neutrality,” added Xavier Piechaczyk, President of the Management Board of RTE.