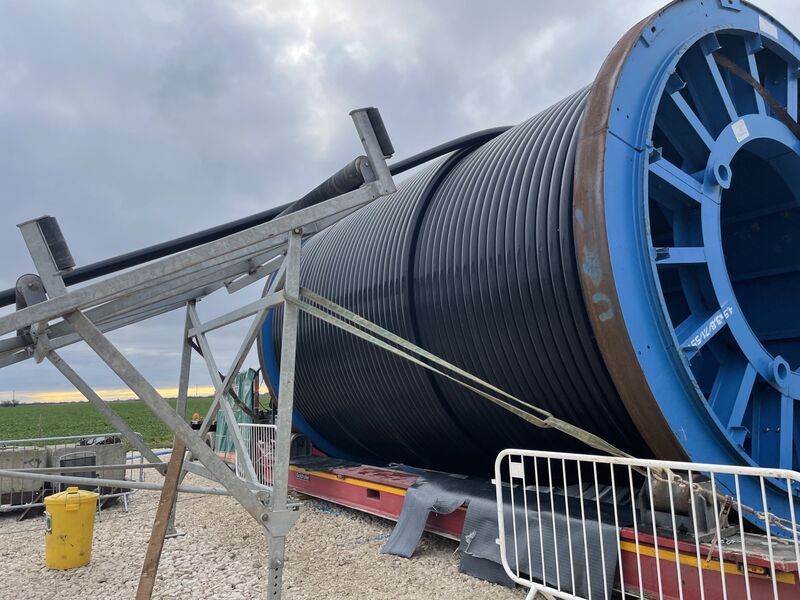 Balfour Beatty has successfully laid the final piece of UK land cable required for National Grid’s new interconnector, which on completion, will connect the British and Danish power grids.

Balfour Beatty used specialist machinery to reel the final piece of the land cable into position near Mablethorpe in Lincolnshire, marking the 118th cable laid in the 65km land route which runs from the coast to Bicker Fen Substation where imported green energy will join the UK transmission system.

Ian Currie, Managing Director of Balfour Beatty’s Power Transmission and Distribution business, said: “We’re delighted to have successfully delivered the final cable pull on the Viking Link project – a milestone which marks a giant leap forward in connecting and securing the electricity supply between Britain and Denmark.

“We now turn our attention to the final stages of the scheme which once complete, will provide 1.4 million homes in Britain with renewable energy and in turn, help the UK to achieve its net zero targets.”

Phil Sandy, National Grid Director for New Interconnectors said: “This is a key milestone for Viking Link and means we are one step closer to completion. Once operational Viking Link will play a key role in the UK energy system allowing us to share green energy with our partners in Denmark and ensure security of supply.

“By 2030, we estimate our interconnectors will have saved the UK around 100 million tonnes of CO2 by enabling the fast and flexible sharing of clean and green energy with our European neighbours. This is equivalent to taking two million cars off the road. Interconnectors also play a key role as we move away from oil and gas. These vital superhighways connect Britain with cleaner, cheaper, more secure energy for consumers.”

The Viking Link electricity interconnector project will contribute to the UK Government’s carbon reduction commitment to reduce all greenhouse emissions to net zero by 2050 by providing access to a well-developed, low-cost renewable energy market.