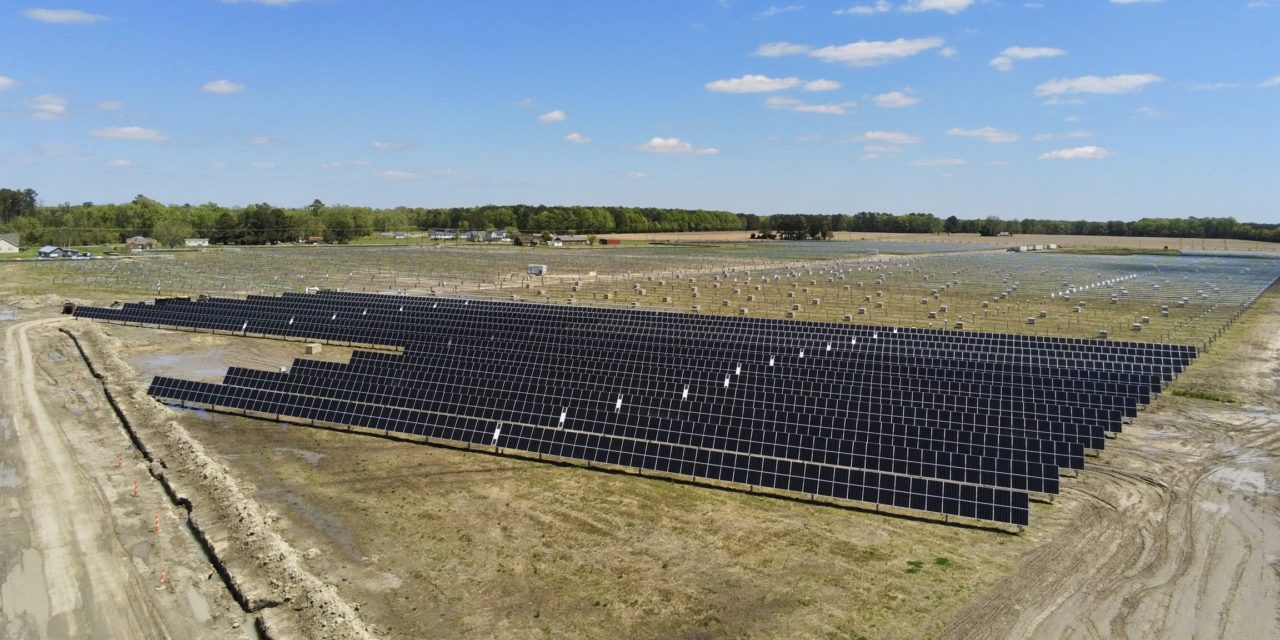 The Hershey Company has announced two new clean energy partnerships to develop solar projects in the U.S. as it moves its operations toward the use of clean and renewable energy.

For the first project, located in Camden, North Carolina, Hershey has made a 15-year power purchase agreement (PPA) that will enable the financing and construction of the company’s first utility-scale solar farm. The farm is being developed by global renewable energy developer BayWa r.e. This solar project will be a 20 megawatt (MW-AC) facility on 218 acres of land. Once completed, the North Carolina project will reduce CO2 emission by 32,025 metric tons per year, the equivalent of emissions incurred from driving more than 80 million miles in the average passenger car or charging nearly 3.9 billion smartphones.* Construction of the new solar farm is expected to be completed in late July.

In addition, Hershey has signed a solar power purchase agreement (PPA) with National Grid Renewables for 50 megawatts (MWac) of the previously announced Noble Project (Noble), currently under construction in Denton County, Texas.  Hershey’s solar contract will account for an estimated 118,000 megawatt-hours per year, creating a reduction of approximately 83,625 metric tons of CO2 emissions annually, equivalent to driving 210 million miles in the average passenger car or charging more than 10 billion smartphones.*  Hershey is one of several companies involved in the Noble  Project, which is estimated to offset carbon dioxide emissions by a total of 450,000 metric tons annually during the first 20 years of operations.

Together, both solar projects will generate significant clean power in North Carolina and Texas as well as significantly reduce Hershey’s CO2 footprint by 115,650 metric tons each year. The projects support the company’s recently announced science-based targets commitments to reduce greenhouse gas (GHG) emissions in line with the global best practice of the Paris Climate Agreement to limit global temperature rise to 1.5°C.

Renewable energy investments and energy efficiency projects are a key focus area for Hershey to achieve its goal to reduce Scope 1 and 2 emissions by more than 50% by 2030.

“As we continue on our path towards an increased reliance on clean and renewable energy, we’re excited to partner with BayWa r.e. and National Grid Renewables to develop these solar projects in North Carolina and Texas,” said Jeff King, Senior Director of Global Sustainability and Social Impact. “Not only will these solar farms help Hershey to reduce its impact on the environment, but they will also create jobs and help contribute to the growth of local economies and our commitment to reducing our GHG footprint.”

Edison Energy, a sustainability and energy management consultancy, advised Hershey on its environmental initiatives and selection of BayWa r.e. and National Grid Renewables as solar developers. Edison Energy has advised global companies, universities and cities on more than 6.7 gigawatts of renewable energy projects across North America and Europe.

“We’re committed to a clean energy future, and we’re thrilled to work with forward-looking, corporate leaders like Hershey to address their ambitious climate goals,” said Jam Attari, CEO of BayWa r.e. Solar Projects LLC in the U.S. “Renewable projects like Camden both support decarbonisation efforts and have been the driver of skilled jobs creation in the energy economy and transition required to meet the continuing needs of these market leaders.”

“National Grid Renewables is proud to partner with Hershey and other stakeholders on Noble to provide strong economic benefits for the local community of Denton County,” stated Nathan Franzen, Vice President, Development for National Grid Renewables. “We currently estimate that 250 workers will construct Noble, 3-5 new permanent jobs will be created to support project operations, and millions of dollars will be produced locally through new tax revenue creation and increased spending – all while generating clean, solar energy for Texas residents.”