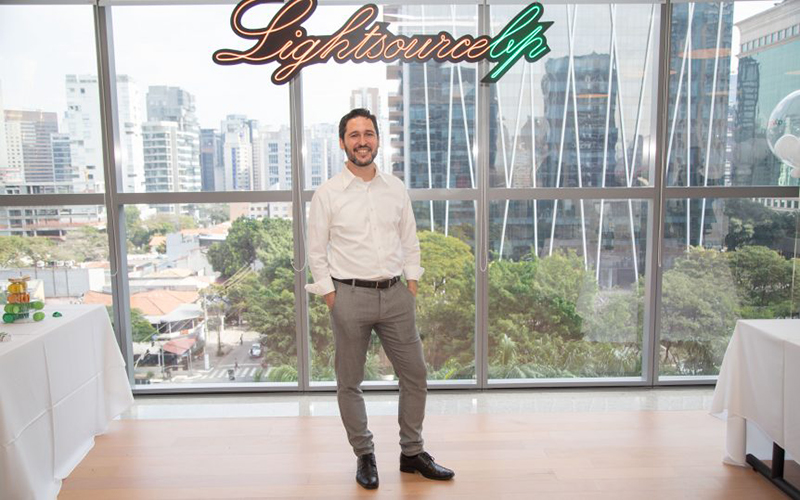 Casa dos Ventos has entered into a solar photovoltaic energy purchase and sale agreement with Lightsource bp. The ten-year partnership is the first long-term solar Power Purchase Agreement (PPA) that Casa dos Ventos has signed as an energy purchaser and marks the beginning of Lightsource bp’s operations in Brazil, with its first solar energy project.

“Our energy trading in the free market has grown rapidly, so we decided to complement our portfolio for a decade with photovoltaic energy from Lightsource bp,” says Itamar Lessa, Commercial director at Casa dos Ventos. The executive says that in its first year of operation the trader earned more than R$1 billion and completed more than 7TWh in the volume of energy traded. With 1.3GWm traded per month, the contracts signed by the company until 2025 now total R$ 7.2 billion.

Construction of the Milagres project (210MWp), in Abaiara, in the state of Ceará, has begun, with full commercial operation expected in early 2024. Around 800 direct jobs will be created at the peak of the construction, with a priority of hiring labour among local residents. The project will bring development to the region with direct benefits to the community.

In addition to job creation, Lightsource bp will invest in social and environmental projects in the Cariri region, where the project is being built. When operating, the Milagres solar farm will reduce carbon emissions by 246,216 tons a year, equivalent to diesel consumption by more than 57,000 cars, contributing to a clean, renewable environment.

In addition to the acquisition of solar energy from Lightsource bp, Casa dos Ventos plans to add 800 MW of solar generating capacity to its portfolio in the coming years. Of this total, 400 MW will be added to wind farms in the Northeast, making them hybrid models. The other half of the power will come solely from solar generating plants in the Southeast/Center-West submarket.

Itamar explains that solar contracts are of interest because they complement other sources. “It is a way to make our wind portfolio a hybrid and customise the best energy for our partners,” he says. It also enhances Casa dos Ventos’ commitment to renewable sources and the decarbonisation of the national electricity mix.

For Ricardo Barros, Lightsource bp’s Country Manager in Brazil, the contract with Casa dos Ventos is an important milestone for the company’s operations in the country. “This project showcases our ability to partner with major players in the renewable energy market, being innovative and generating value for our business,” he says. He also stresses Brazil’s importance to the company’s global strategy. “Lightsource bp sees our country as a key market to achieving its renewable energy generation goals, and we have an extensive market to explore. We currently have projects under development in Brazil totalling 4GWp of generation capacity,” says Barros.

With a broad portfolio of projects spread across the Southeast, Central-West and Northeast, Lightsource bp expects to meet the growing demand for solar renewable energy contracts through corporate PPAs and self-production structures. The company looks to work collaboratively in partnership with their clients, meeting their energy needs in a customised manner, including renewable energy certificates (I-RECs), which prove that electrons added to the grid are from a renewable solar source.