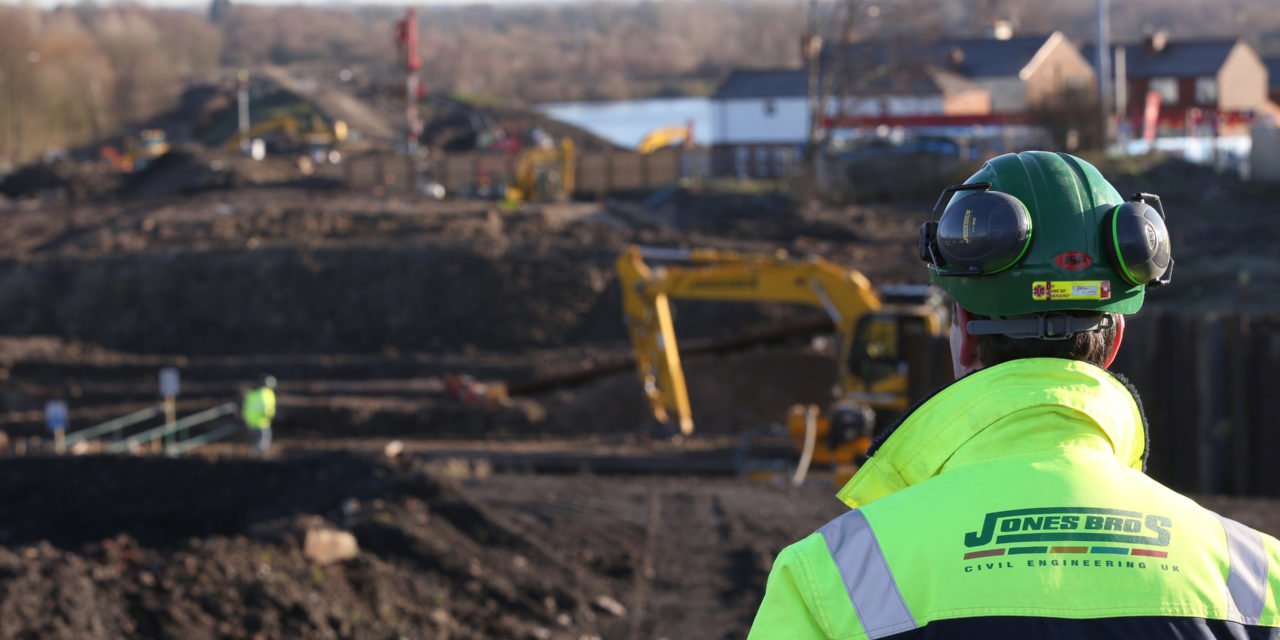 Preliminary construction on the world’s largest offshore wind farm has taken place this week near the coastal village of Ulrome, East Riding of Yorkshire, England.

Dogger Bank Wind Farms, a joint venture between SSE Renewables and Equinor, is made up of three offshore wind farm sites in the North Sea, totalling 3.6 gigawatts (GW): Creyke Beck A (1.2GW), Creyke Beck B (1.2GW) and Teesside A (1.2GW). All three sites were successful in the UK’s September 2019 Contracts for Difference (CfD) auctions.

The wind farm will make use of the world’s most powerful turbine, GE’s Haliade-X, and will be capable of generating enough renewable energy for over 4.5 million homes each year.

Jones Bros Civil Engineering, one of the UK’s leading civil engineering contractors, headquartered in Ruthin, North Wales, has been awarded the contract to install the onshore cable infrastructure for the Creyke Beck A and Creyke Beck B sites. The works will also involve completing bulk earthworks at the onshore HVDC convertor station locations in East Riding.

The onshore infrastructure includes the installation of approximately 20 miles of electrical cables within ducts. The ducts will be installed within trenches and where required via drilling under existing infrastructure and natural obstacles.

The completed onshore cable will transport the power generated by the two offshore wind farm sites, Creyke Beck A and Creyke Beck Bfrom the landfall point at Ulrome to the new convertor stations (one per project) in the south of Beverley. The cable route will be built adjacent to the A1079, finally connecting to the existing National Grid substation at Creyke Beck, Cottingham.

The works contract also includes vegetation clearance, preparing access junctions and construction of a temporary access road to facilitate the main works, and installation of pre- and post-construction land drainage.

The full works are expected to take approximately two years to complete.

Steve Wilson, Managing Director of Dogger Bank Wind Farms, said: “Getting the first spade in the ground is a significant milestone on any project, but for what will be the world’s largest offshore wind farm, this is a major moment for a project that has already been over a decade in the making.

“Dogger Bank Wind Farms will play a critical role in the UK’s effort to achieve net-zero through the use of low-carbon fuel sources and we’re incredibly pleased to work with one of the UK’s leading civil engineering contractors, Jones Bros, as we commence construction and start delivering Dogger Bank.”

Garod Evans, Jones Bros Contracts Director, said: “We have worked with SSE Renewables on major schemes previously and we are delighted to be developing our partnership through working with them and now Equinor on the onshore works for Dogger Bank Wind Farms.

“There will be up to 100 Jones Bros personnel, from management to apprentices and trainees, on site at the height of the works.

“This is a really significant project to be involved with and it’s exciting for us to play a part in delivering support to what will be the world’s biggest offshore wind farm.”

Halfdan Brustad, vice president for Dogger Bank in Equinor, said: “Commencing this onshore work is an important and exciting milestone for the successful delivery of Dogger Bank.”