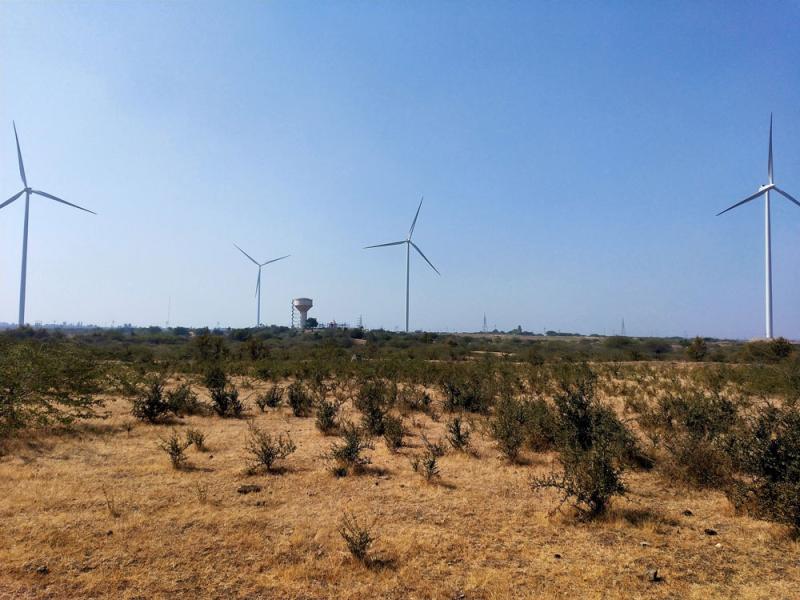 EDF Renewables and its partner for wind power generation in India, the SITAC Group, are announcing the commissioning of the Verdant project, a new wind farm of 105 MW installed capacity in India.

This achievement contributes to the Indian Government’s target to reach 175 GW of renewable energy power generation capacity by 2022.

Located in the State of Gujarat, one of India’s windiest regions, the 105 MW Verdant wind farm is composed of 50 wind turbines.

Its production will cover the equivalent of the annual energy needs of more than 300,000 Indian households and thereby saves around 360,000 tonnes of CO2 emissions annually.

The development, financing and construction of the wind farm has been undertaken by SITAC Management & Development Pvt. Ltd., the joint venture company of EDF Renewables and the SITAC Group dedicated to wind power development in India.

Construction of the facility that took 18 months, involved more than 300 local workers, bringing significant economic benefits to this rural region of Gujarat.

Through their teams in Delhi and Gujarat, EDF Renewables in India and SITAC are now owning and operating 270 MW of wind capacity and are about to break ground for the construction of a new 300 MW project.

Frederic Belloy, Executive Vice President International Operations at EDF Renewables, stated: “Six years after its entrance in the Indian market, in which the Group has large ambitions, EDF Renewables holds now nearly 1,500 MW of wind and solar gross capacity in construction or operation. This contributes to EDF’s CAP 2030 strategy, which aims to double its renewable capacity globally between 2015 and 2030 to over 50 GW net.”

Mr Malvinder Singh, founder and Chairman of the SITAC Group, said: “The Verdant project is the sixth project delivery with EDF Renewables in India and demonstrates our execution capability. It is an important milestone for us in establishing a strong presence with our partners across India in the renewable energy market.”