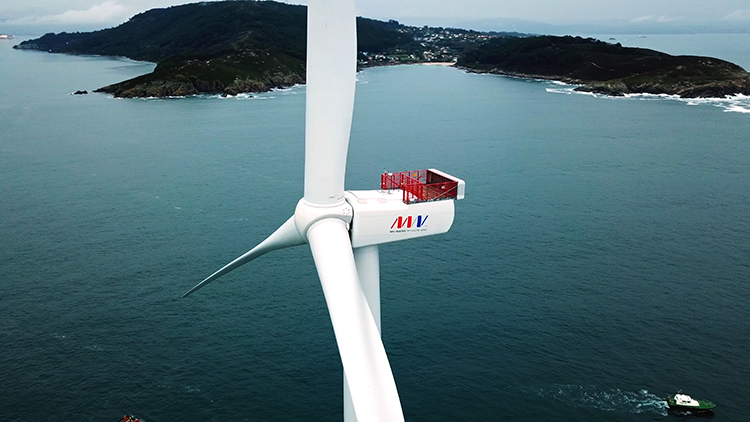 For the second time in six weeks, MHI Vestas has been chosen as preferred wind turbine supplier in the French floating offshore wind market.

Once installed, EFGL will feature the world’s most powerful wind turbines in commercial operation, a landmark achievement for the burgeoning floating offshore wind market.

The project, developed by a consortium including Engie and EDP Renewables, is scheduled to deploy three V164-10.0 MW turbines sitting atop the semi-submersible WindFloat platform from Principle Power, Inc.

“MHI Vestas is proud to be selected as preferred wind turbine supplier for our second floating project in France,” said Albert Winnemuller, MHI Vestas Head of Floating. “We continue to refine our technology and experience in the floating sector and are exceptionally pleased to be installing the world’s first 10 MW turbine for EFGL.”

The parties plan to use Port La Nouvelle in Southern France as the assembly harbour before the turbines are towed into place more than 16 km off the coast of Leucate and Le Barcares.

The 30 MW pilot project is a continuation of the successful partnership between EDP Renewables, Engie, and MHI Vestas from the WindFloat Atlantic project, which is currently being installed in Portugal.