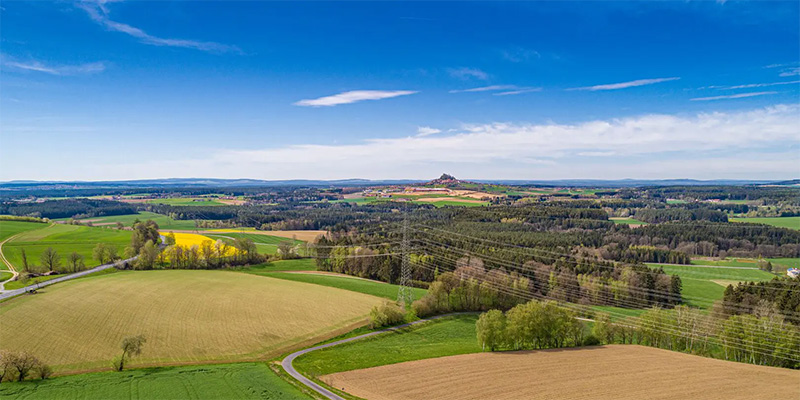 The European Investment Bank (EIB) is providing a EUR 450 million senior loan to electricity transmission system operator TenneT. The project includes the expansion of a 185-kilometre power transmission route, the so-called Ostbayernring, between Redwitz and Schwandorf in south-eastern Germany. The Ostbayernring is part of the nationwide network development plan, which aims to achieve higher network capacity and better integration of renewable energies.

In northern Germany, near the North and Baltic Seas, more and more electricity is being generated from renewable energies. At the same time, several thermal and nuclear power plants were shut down in Bavaria. The existing grid must be adapted to the challenges of power transmission from north to south, but also between the regions.

The Ostbayernring plays an important role for the regions of Upper Franconia and Upper Palatinate: along the route, significantly more electricity is often generated from wind power and photovoltaics than is consumed on site. In the future, this green energy can be transported to the major consumption centers. This is an important step for the energy transition and security of supply.

Without the expansion, the Ostbayernring would no longer be able to meet the criteria for security of supply in the long term. Therefore, the transmission capacity between Redwitz and Schwandorf must be increased. The project contributes to climate protection because it supports the feed-in of electricity from renewable energies and is therefore eligible for funding according to the criteria of the EU taxonomy.

The EIB and Tennet, the only cross-border electricity transmission system operator in Europe, have been partners for a long time. This ninth loan brings the total EIB financing for projects with TenneT to EUR 2.1 billion. This is the third transaction in Germany, after Nordlink, which connects the power grids of Norway and Germany via the North Sea and the connection of offshore wind farms to the German grid.

EIB Vice-President Kris Peeters said: “The new power line is crucial for the integration of a larger amount of renewable and volatile energy into the power grid in Bavaria. The EIB is proud to continue its longstanding partnership with Tennet by supporting their first Green Loan project. The expansion of the Ostbayernring will help reduce greenhouse gas emissions in Germany and improve energy security across Europe.”

Arina Freitag, CFO of TenneT, says: “We welcome the renewed support from the EIB for our grid expansion and thus for the energy transition. The Ostbayernring is a good example of how sustainable financing can simultaneously strengthen the security of supply and the green transition of an industrial region.”