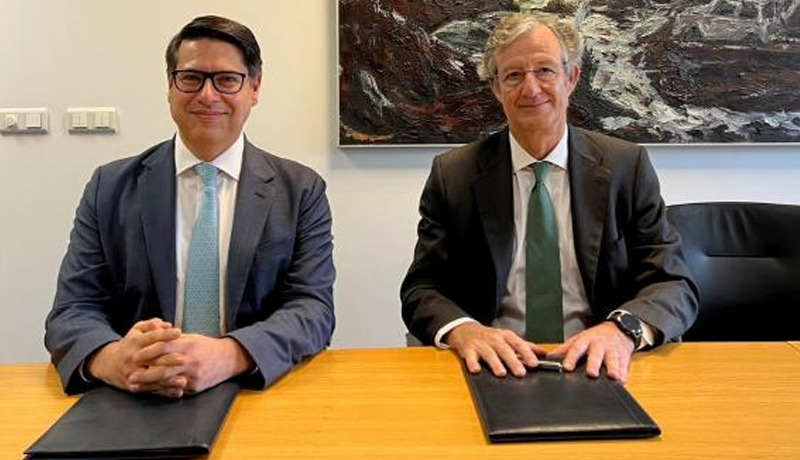 The European Investment Bank (EIB) and Iberdrola have signed a new agreement to accelerate Portugal’s energy transition by developing new renewable energy plants. The EU bank will provide a €70 million green loan to construct a portfolio of projects with a total capacity of around 188 megawatts (MW). These new facilities, awarded at auctions in 2019, will produce green and competitive energy equivalent to the average consumption of more than 65,000 households. These solar projects will receive a total investment of more than €150 million.

The EIB will finance five solar PV plants and their connections to the grid in the Portuguese regions of Algarve, Centro, Alentejo and Lisbon. These projects are mainly located in rural areas, considered cohesion regions by the European Union.

The financing will go to the following projects: Montechoro I and II (37 MWp), Alcochete I and II (46 MWp), Algeruz II (27 MWp), Conde (14 MWp) and Carregado (64 MWp). The financing will also include ancillary infrastructures such as access roads, substations and interconnections.

The investments will boost economic growth and employment in these regions. Overall, the new infrastructure will create around 1,000 direct jobs during the construction phase, in addition to those generated in the wider supply chain.

EIB Vice-President Ricardo Mourinho Félix said: “The agreement signed today demonstrates the Bank’s commitment to supporting Europe in achieving its climate targets. We are pleased to collaborate with Iberdrola in developing its first-ever solar power plants in Portugal, which will generate economic growth and jobs in cohesion regions. This project is an excellent example of the strategic cooperation between the EIB – the EU’s climate bank – and Iberdrola – a global leader in renewables, united in supporting the green and economic recovery, the green transition and Europe’s energy security.”

José Sainz, Iberdrola’s Chief Financial Officer, explained: “This collaboration with the EIB is a boost for Iberdrola’s projects in Portugal. This comes at a critical time for the energy transition, as more renewables are the only way to reduce our dependence on fossil fuels”. The financing signed with the EIB is also in line with “Iberdrola’s commitment to supporting the energy transition in Portugal, where we intend to triple our solar capacity by 2023,” said Sainz.

This is the second time the EIB has provided financing for Iberdrola’s projects in Portugal, following a loan of 650 million euros for the Tâmega gigabattery hydro project.