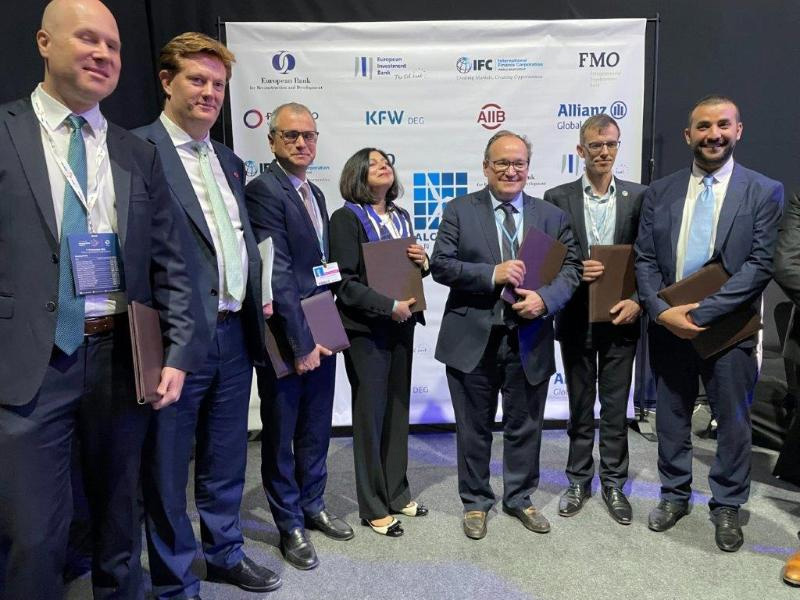 The Emerging Market Climate Action Fund (“EMCAF”) has announced a $25 million investment into Alcazar Energy Partners II, a fund providing early-stage equity financing to develop, construct and operate renewable energy projects in the Middle East, North Africa, Eastern Europe and Central Asia. This commitment is in parallel to EIB Global, the dedicated arm for outside the EU of the European Investment Bank (EIB) Group, which provides $75 million to the fund.

Alcazar Energy Partners II has a target size of $500 million and will invest in onshore wind and solar photovoltaic, with additional potential investments in hydropower, biomass or battery-based electricity storage or other low-carbon technologies. The Fund is expected to create 15.000 construction jobs and contribute to installing over 2 Gigawatt of new clean energy capacity. Thereby saving 3.2 million tons of greenhouse gas emissions per year, generating clean energy to power over one million households.

EIB Vice-President Ambroise Fayolle commented: “To meet the Paris climate goals and strengthen global energy security, the world’s energy systems must decarbonise as soon as possible. To do this, the financial system needs to mobilise trillions of dollars from private-sector green energy projects. I am delighted that we are announcing investments from EMCAF and EIB Global in the Alcazar Energy Partners II Fund today. This support will help crowd in further contributions from investors and ensure that the fund plays an important role in accelerating the green transition in its countries of operation.”

Tobias Pross, CEO of AllianzGI added: “Emerging markets are where the money for climate adaptation and mitigation is needed most and where it will have a much more immediate impact than in developed countries. I am proud that our EMCAF investments are now gaining traction on the ground in emerging markets – not just helping to fight climate change, but to support healthy economic growth in this region. We are grateful that EIB leveraged this investment, and we are keen to deploy more like these quickly in other countries as well.”

Daniel Calderon, Co-Founder and Managing Partner of Alcazar Energy, commented: “The successful first close of AEP-II is a tribute to the disciplined and responsible work of our Alcazar team, who originated, developed, and exited AEP-I’s portfolios, creating value for investors and, most importantly, for the countries and communities where AEP-I invested. AEP-II is privileged to have the confidence of an outstanding group of public and private institutions to invest and develop in renewable energy projects, mobilising more than $2bn of foreign direct investment from OECD economies to build sustainable infrastructure where it is needed most.”

EMCAF is an innovative blended finance fund initiated jointly by the EIB and Allianz Global Investors (AllianzGI) to finance climate mitigation and adaptation and environmental projects in Africa, Asia, Latin America and the Middle East. During its summit in Elmau (Germany) in June 2022, the Group of Seven (G7) endorsed EMCAF as an example of a concrete innovative and market-led approach to mobilising private investments for climate-relevant infrastructure and enhancing multilateral finance and collaboration.

Launched during COP26 in November 2021 by the EIB and AllianzGI, EMCAF is an innovative blended finance vehicle with a €600 million target. The governments of Germany and Luxembourg, the Nordic Development Fund, Allianz, Folksam Group and the EIB are its anchor investors. EMCAF provides early-stage financing to greenfield climate transition infrastructure in emerging and developing markets and focuses on climate mitigation, climate adaptation, and environmental projects. EMCAF has already made its first investment in the adaptation-focused ARCH Cold Chain Solutions East Africa Fund,  financing temperature-controlled storage and distribution infrastructure in East Africa that aims to generate emissions reductions from post-harvest food loss. The project comprises storage, distribution, related services, and activities that maintain a given temperature range for a product or range of products.