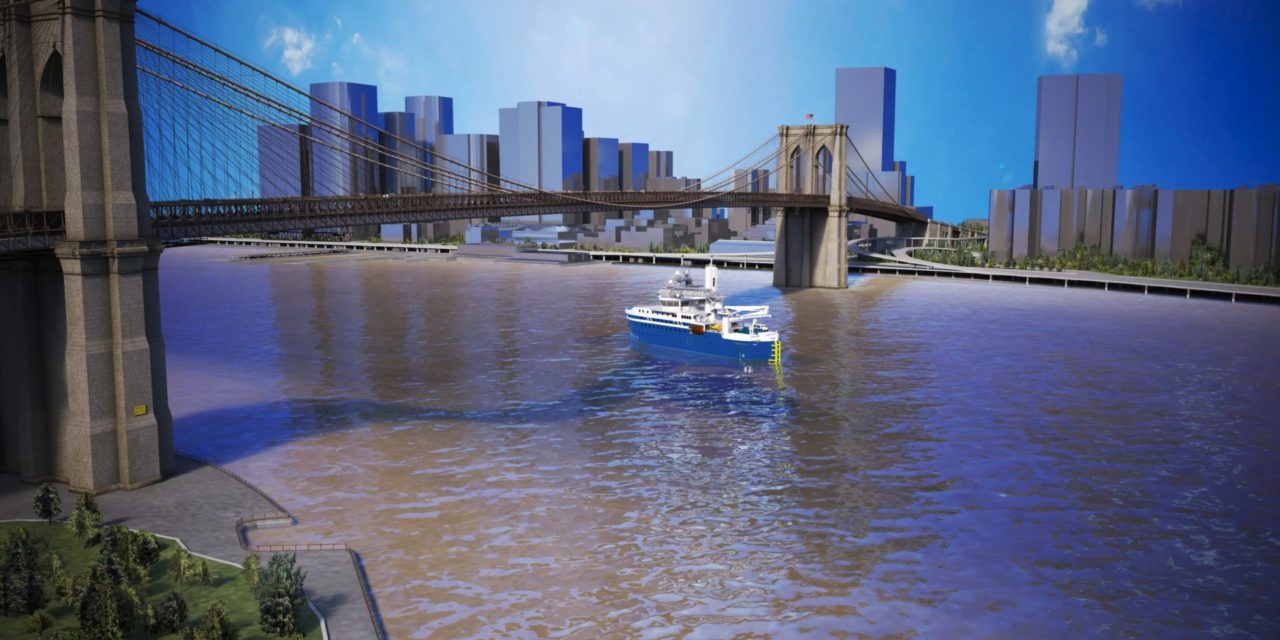 The plug-in hybrid service operations vessel (SOV) will be the first in the US offshore wind sector capable of sailing partly on battery power.

The vessel will accommodate up to 60 wind turbine technicians and will be utilised for the safe and efficient operations and maintenance of the Empire Wind 1 and Empire Wind 2 offshore wind farms. The charter agreement has a fixed period of 10 years, with commencement in the mid-2020s.

The US-flagged vessel will be Jones Act compliant and have its home port at the South Brooklyn Marine Terminal (SBMT) in New York. The SOV will be constructed with components from ECO’s extensive supplier base across 34 US states.

The supplier estimates that this will generate over 250 high-skilled US jobs during vessel construction. Edison Chouest Offshore also dedicates considerable effort and resources to recruiting and training vessel crew from the New York region. ECO will operate the vessel from their New York office.

The plug-in hybrid vessel will be the first in the US capable of sailing on battery power for portions of the route. The SOV will sail into the port of SBMT on battery power, recharge the battery using shore power and sail out of New York Harbor. The hybrid vessel is certified to “tier 4 emissions standards”, reaching the highest standard for marine applications.

“With the first of its kind, plug-in hybrid service operations vessel, Empire Wind will reduce potential emissions from our operations in the New York City area. This is another critical step forward in the development of the offshore wind industry while helping achieve critical state and federal climate goals,” adds Muhlfelder.

“We selected Edison Chouest in part for its extensive experience and expertise as a shipbuilder and we look forward to a collaboration beginning with construction and continuing through operations for the next decade or more. This is an important step in our efforts to develop a domestic supply chain in the US for offshore wind,” Ottøy added Ottøy.