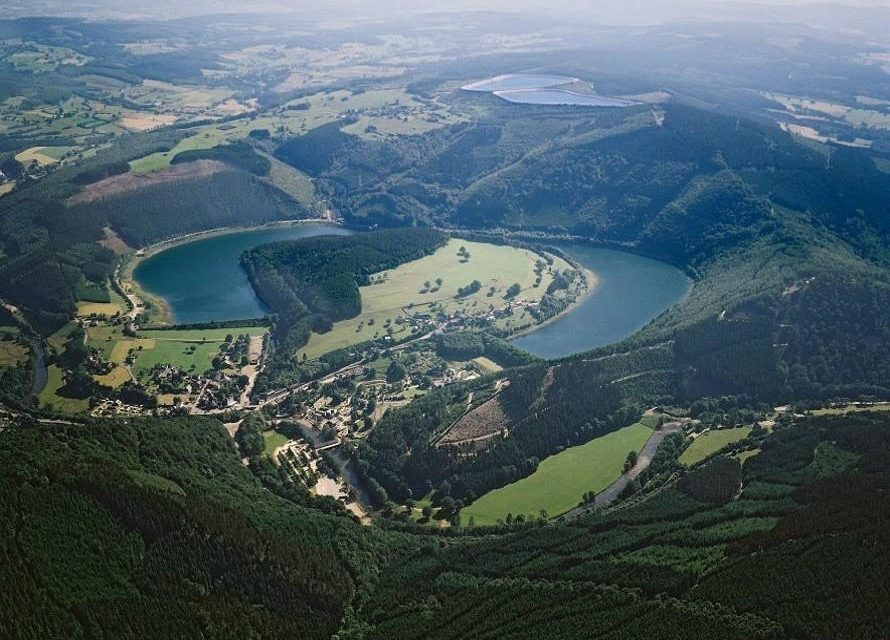 During a visit by the Federal Minister of Energy Tinne Van der Straeten to the Coo pumping and turbine power plant (1080 MW), ENGIE has launched an important project for the site and for the flexibility of the electricity system in Belgium: increasing plant capacity by 7.5%. The Coo power station has been an essential link in the country’s energy landscape for nearly 50 years. This increase will make it even more part of the country’s energy transition in the decades to come.

Commissioned in the 1970s, Coo is an essential link in the Belgian energy system. This pumped storage plant works like a gigantic electricity storage battery thanks to the water displaced between its lower basin and its two upper basins located 250 meters above. It was originally designed to cover peak consumption at the start and end of the day. Since then, with the increasing role of intermittent renewable energies (wind and sun), Coo also makes it possible to compensate for variations in their production and contributes to the balance of the system in real-time. It is indeed capable of storing or producing on-demand with a response time of 2 minutes, the equivalent of the production of a nuclear unit (1 GW) for nearly 6 hours, i.e. the production at full speed of more than 300 wind turbines during the same period of time.

It is in this context of growth in renewable energies and the need for flexibility that goes with it, that ENGIE has decided to invest in increasing the capacity of the plant. This decision is complementary to the campaign to renovate the lower Coo basin started in mid-April.

Focus on the work

As a reminder, the maintenance and expansion works of the lower basin, which began on April 15 with the emptying of this one, will be completed by the end of August 2021. A volume of 150,000 m³ of soil will be excavated, ie l equivalent of 60 Olympic swimming pools.

Work to increase stored energy will begin this summer with the 2-metre extension of the dikes of the upper basin number 2. This work will last until July 2023. On this occasion, it is no less than 1,253,000 m³ of earth to be excavated, the equivalent of 500 Olympic swimming pools. These works will increase the storage volume of the basin up to 600,000 m³.

The power increase work will begin in May 2023 and end in March 2025. This work will consist of changing the turbines, valves and transformers and adapting the Coo I alternators.

During the 4 years that the work will last, nearly 40 people on average will be at work on the site. The total cost of the extension works amounts to € 67 million.

Cedric Osterrieth, CEO ENGIE Generation Europe: “ENGIE is taking a major step forward to support Belgium in its energy transition. The planned increase in the storage volume and capacity of Coo will make it possible to contribute significantly to the objectives that the country has set in terms of flexibility. This flexibility allows for the ever-greater integration of intermittent renewable energies. With this investment, we confirm our role as a pioneer company, locally anchored in Belgium for more than 100 years, as well as our desire to be a leader in the transition to carbon neutrality. “

Tinne Van der Straeten, Minister of Energy: “ The expansion of the Coo storage power plant is an essential step in the transition to 100% renewable energy. The Coo power station functions as a gigantic battery which adds flexibility and in so doing supports the continued growth of renewable energy. ENGIE is for the government, as a historical partner of our country, an ally to achieve with it this transition towards 100% renewable energy and carbon neutrality and to play a pioneering role. “