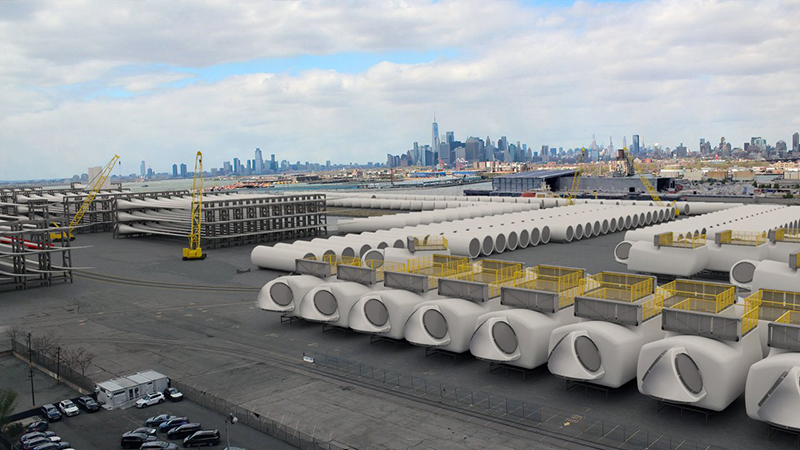 Equinor, and its partner bp, have agreed to turn the storied South Brooklyn Marine Terminal (SBMT) complex in Brooklyn, New York into a major regional hub for offshore wind.

Under the agreement, the terminal will transform into a world-class offshore wind port capable of staging and assembling the largest, most sophisticated offshore wind technology components for the Empire Wind and Beacon Wind projects and for the growing U.S. offshore industry on the East Coast.

The offshore wind projects on the US east coast are key building blocks to accelerate profitable growth in renewables and Equinor’s ambition to install 12-16 GW of renewables capacity by 2030.

Equinor and bp will create an operations and maintenance (O&M) hub and staging area at SBMT, with a total investment of USD 200 – USD 250 million in infrastructure upgrades, while also pursuing the development of SBMT as a low-emissions facility. The port will become a cutting-edge staging facility for Equinor and bp’s Empire Wind and Beacon Wind projects that will supply 3.3 gigawatts (GWs) of energy—enough to power nearly two million New York homes —as well as become a go-to destination for future offshore wind projects in the region.

The redevelopment will inject the Sunset Park waterfront with substantial investment from the new renewable energy economy, creating new jobs and providing an economic boost to the community. Equinor and bp’s activities at SBMT are anticipated to support over one thousand jobs annually in the region.