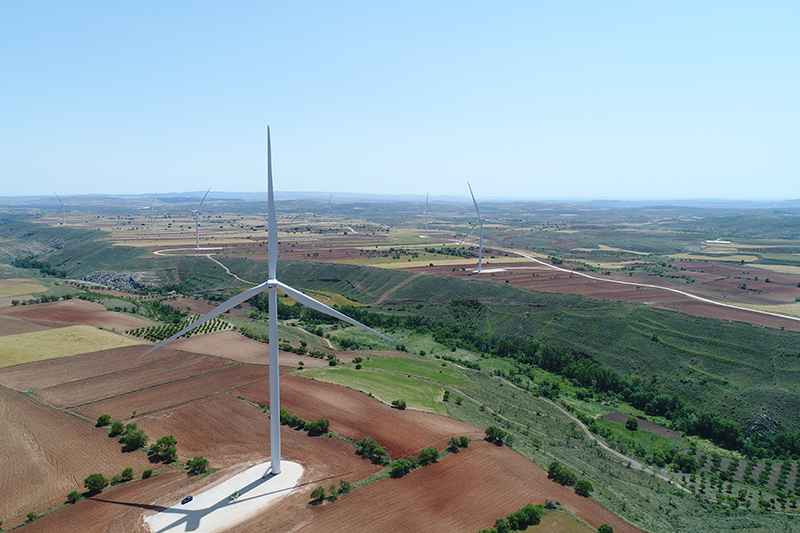 GE Renewable Energy has signed its first European Power Purchase Agreement (PPA) from a new wind farm in Spain with its partner, Forestalia. Through this long-term agreement, GE Renewable Energy will source clean energy that corresponds to more than 60% of its facilities’ electricity consumption in Europe. The PPA is a key component of GE’s plan to achieve carbon neutral operations by 2030, while enabling new renewable energy generation to come online to help decarbonize the economy. The European Commission has endorsed corporate renewable PPAs as a key instrument to protect European businesses from volatile market prices and developments, and to fast-forward renewable energy uptake.

The 12-year fixed price PPA is a strong example of partnership with Forestalia and contributes to the development of a new 21 MW wind farm in El Coto, Zaragoza, Spain. The wind farm is expected to commence operations in June 2023, helping to reduce GE Renewable Energy’s emissions by ~13k tCO2e annually, approximately 79% of its current carbon footprint from electricity in Europe.

In addition to the carbon savings, GE Renewable Energy expects the PPA to deliver a significant positive financial impact, demonstrating how decarbonization and reducing the cost of electricity are achievable and part of strengthening industry competitiveness.

Danielle Merfeld, Chief Technology Officer at GE Renewable Energy, said: “This is a great example of an energy transition story close to home. We are excited to partner with our customer Forestalia and support the development of a new wind farm in Europe, generating renewable energy to power our own operations while also contributing to the creation of jobs and growth in the El Coto region. There is no better way to show that with the right technology and in collaboration with our partners, we are leading the transition to affordable, dispatchable and sustainable energy.”

GE Renewable Energy has more than 12.000 employees in Europe across its 240 sites. This PPA addresses 9% of GE Renewable Energy’s global MWh consumption. This is the sixth green PPA signed by GE Renewable Energy to power its own operations from new renewable energy. The company has also facilitated several PPAs to major offtakers purchasing wind power generated by GE Cypress turbines.