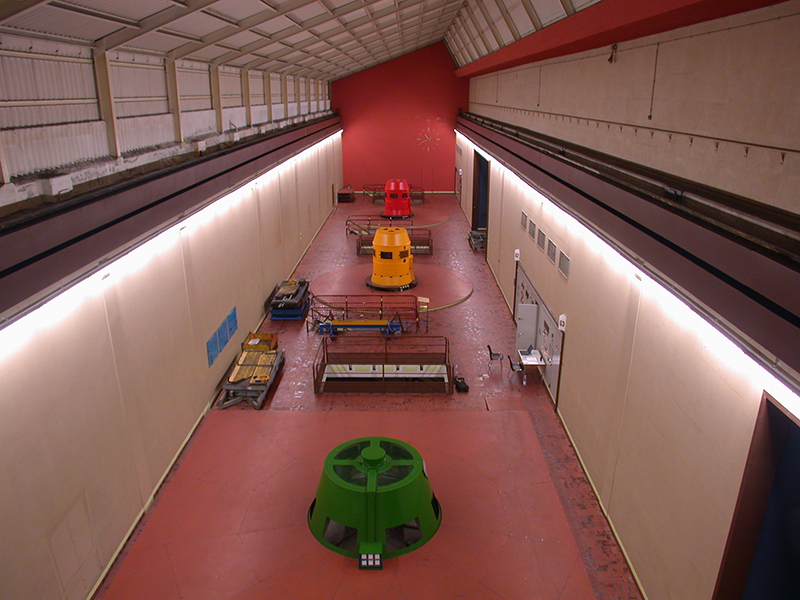 GE Hydro Solutions has signed a service contract with HYDRO Exploitation SA, acting on behalf of the asset owner Electra-Massa SA, to refurbish two 120 MVA vertical synchronous generators at the Bitsch power plant station in Wallis, Switzerland. The main objectives of the generators’ refurbishment are to extend the lifetime of the plant for several decades and increase the performance as well as reliability of the power station. In addition, Electra-Massa SA aims to maintain the plant fully operational until and after the concession expires in 2048.

The 340 MW hydropower plant will be equipped with two new state-of-the-art generators tailored to meet the customer’s specific operational needs. They will replace the previous equipment which reached the end of its life. Consequently, the hydropower plant Bitsch will benefit from more flexible generators that will improve the power plant’s overall efficiency.

HYDRO Exploitation SA, which operates the plant for Electra-Massa SA, will act as the project owner’s representative. Together with GE Hydro Solutions, the three partners are committed to delivering the highest engineering and design quality, ensuring continuity of operation, and organising project integration and management. As the sixth-largest hydropower plant in Switzerland, the hydropower plant Bitsch plays a major role in the Swiss energy supply. This upgrade of the power plant capacity underlines the role of hydropower as the major source of renewable energy in Switzerland.

Pascal Radue, President and CEO of GE’s Hydro Solutions said, “We are delighted to support Electra-Massa SA in their efforts to produce sustainable electricity with a higher level of reliability to meet local demand. We appreciate their confidence and will work to ensure that the customised design of the future generators will help improve the performance of the power station. Most importantly, Electra-Massa SA will be able to produce sustainable electricity with higher flexibility to meet the local demand. We are proud to be part of this project which confirms the critical role of hydropower in Switzerland’s energy production.”