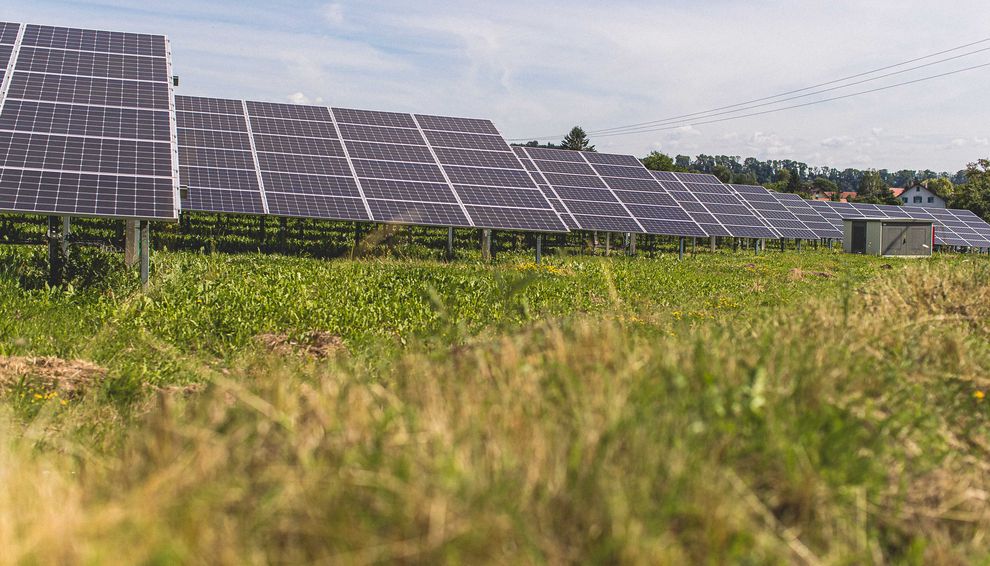 Werneuchen/Karlsruhe. The final decision has been taken: The Supervisory Board and Board of Management of EnBW have agreed to construct the largest solar park in Germany. EnBW will build its “Weesow-Willmersdorf” solar park on an area covering 164 hectares near to Werneuchen in Brandenburg. The energy generated will be able to supply around 50,000 households in an environmentally friendly way. The solar park will have an installed output of more than 180 megawatts. “The size of this solar park will give us a powerful boost in the expansion of our renewable energy portfolio. We are accelerating the expansion of solar energy and thus making it our third pillar”, says EnBW Chief Technical Officer Dr. Hans-Josef Zimmer. The initial cable laying work for the solar park is due to begin in Werneuchen at the beginning of 2020. And the company also plans to fully commission the solar park and its around 465,000 solar modules before the end of 2020.

By developing the Weesow-Willmersdorf project, EnBW will demonstrate that solar parks of this magnitude are the first form of renewable technology after hydropower that can be realised without feed-in remuneration from the German Renewable Energies Act (EEG). The company is building a solar park without this funding for the first time. A more than 80 percent reduction in costs in the photovoltaic sector over the last ten years has made this possible. Another contributory factor are the synergy effects due to the size of the solar park. “We are convinced that major solar parks of this size can be operated economically without funding”, says Zimmer. “But only if the EEG continues to regulate: Renewables first!” The law stipulates that electricity from renewable energies has priority over other methods of generation when fed into the electricity grid. “This and other regulations in the EEG need to be retained so that the investment in renewable energies continues to make economic sense in the future”, says Zimmer.

EnBW acquired the project from Procon Solar GmbH at a pre-developed stage in the middle of 2018 and has since pushed forward the planning and development of the largest solar park project in Germany. “We have developed a project development pipeline in Germany of more than 800 megawatts – including other major projects”, explains Thorsten Jörß, Head of Project Development for Photovoltaics at EnBW.

In addition, EnBW will continue to expand solar projects that have EEG funding which are limited to a maximum output of 10 megawatts. “These projects are also an important part of our solar strategy”, emphasises Jörß. “Open-field sites of this magnitude will also require EEG remuneration in future in order to be realised cost-effectively.” EnBW currently has over 100 megawatts of output from photovoltaics. A further 25 megawatts in bids accepted by the German Federal Network Agency are currently under construction.

A positive aspect for climate protection: A saving of 129,000 tonnes of CO2

According to the German Environment Agency, around 28.7 million tonnes of greenhouse gas emissions were avoided through the use of solar energy in Germany in 2018. “The Weesow-Willmersdorf solar park will enable us to save a further 129,000 tonnes of CO2 annually”, says Jörß.

Generating electricity for around 50,000 households hand in hand with climate protection

EnBW anticipates that the Weesow-Willmersdorf solar park will generate around 180 million kilowatt hours of electricity annually. The company will sell the electricity itself via the wholesale electricity market and its own customer portfolio. The solar park will thus cover the aggregate consumption of about 50,000 households.

The around 465,000 solar modules will be spread across four solar fields, divided by the local public road network which will still be publicly accessible. Alongside the purely technical facilities, the project also includes numerous compensatory and replacement measures for the protection of species and nature. For example, the entire area on and around the solar park will be turned into a grassland habitat for a rich variety of species. This will involve sewing meadows, planting shrubs and trees and also developing hedges and stepping stone biotopes that will complement the natural habitat found in the neighbouring “Weesower Luch” nature reserve for the preservation of animals and flora that is located to the south of the solar park.