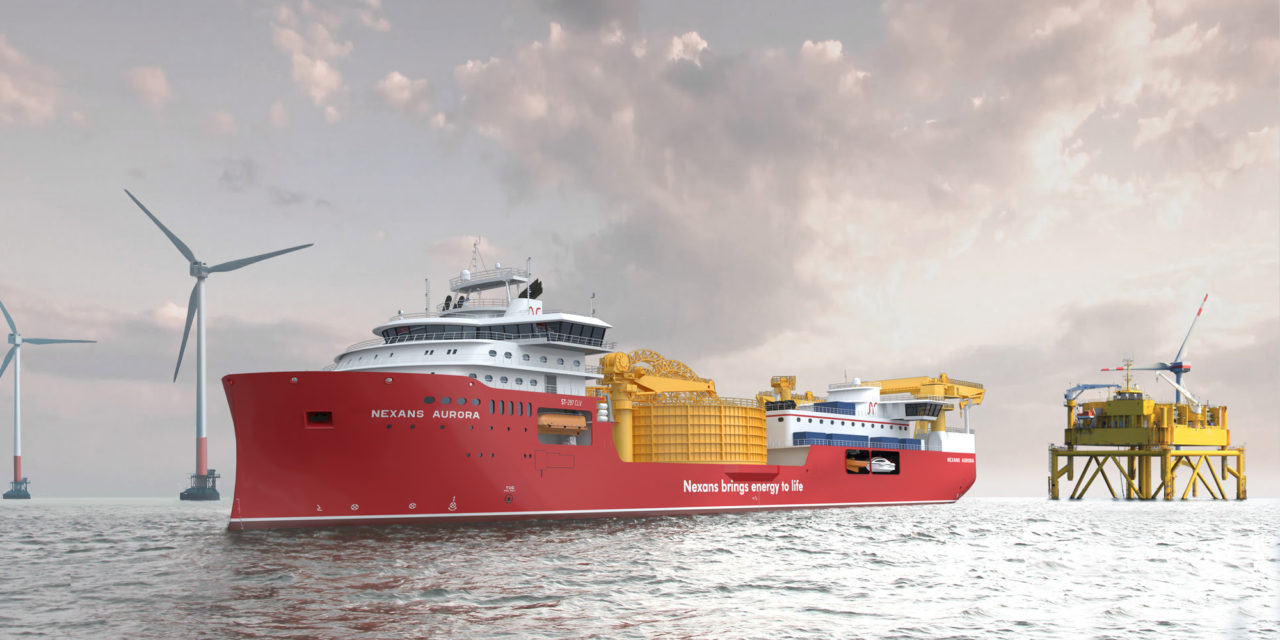 Norwegian shipyard Ulstein Verft has contracted Hydroniq Coolers to deliver the seawater cooling system to a cable lay vessel it is constructing for Nexans Subsea Operations.

The CLV Nexans Aurora will play a vital role in installation of Nexans’ HV submarine cables that will connect offshore wind farms to the grid, supporting electrification of offshore petroleum installations and creating interconnectors between countries.

The patented Pleat is a module-based titanium cooler for seawater to freshwater, with design pressure 6 bars and design temperature of 0-95°C.

“Users of the Pleat benefits from long service intervals, which is an advantage for vessels that operate offshore for long periods at a time. Further, one crew member can easily maintain and clean the Pleat within one hour, because compared to a traditional heat exchangers one Pleat cooling element is equal to approximately 15 plates,” says Hans Robert Almestad, vice president of sales and marketing at Hydroniq Coolers.

Marine cooling systems are utilised to reduce temperatures in the ship’s engines and other auxiliary systems through use of seawater to avoid overheating of the engine and other critical systems. Hydroniq Coolers will manufacture at assemble the Pleat cooler at its headquarters in Aalesund, Norway, and deliver it to Ulstein Verft in Ulsteinvik, Norway.

CLV Nexans Aurora is a DP3 cable laying vessel that will be outfitted for power cable laying, including bundle laying, cable jointing and repair and cable system protection and trenching. The vessel is developed for operations in rough weather and has high manoeuvrability and station keeping capabilities.

“This is an impressive cable layer which will support both energy interconnections worldwide, as well as offshore wind. We are proud to be chosen as supplier to CLV Nexans Aurora,” says Hans Robert Almestad.