Iberdrola and MAPFRE create alliance to invest in renewable energy 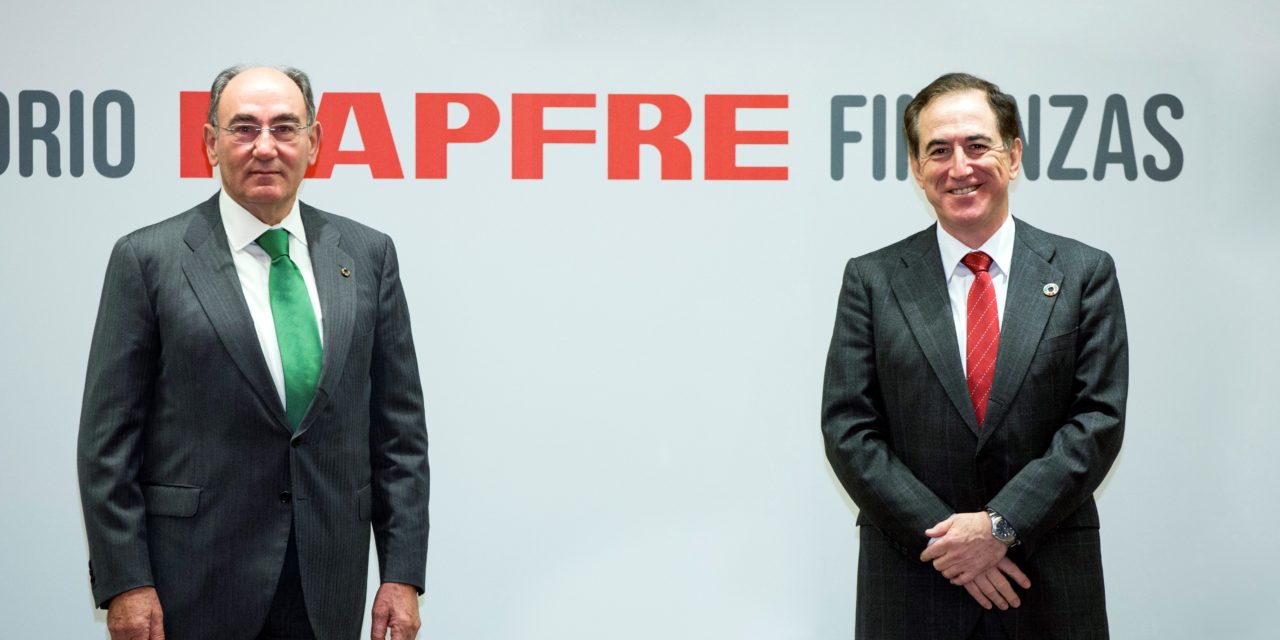 Iberdrola and MAPFRE have created a new strategic alliance to make joint investments in renewable energies in Spain. The utility and the insurance company have set up a pioneering co-investment vehicle to achieve their goals that include 230 MW of green projects, both wind and solar photovoltaic (PV), from the utility’s portfolio. The agreement foresees adding more operating assets over time, as well as new renewable projects under development from the energy company’s pipeline, targeting 1,000 MW.

MAPFRE is the majority shareholder in the vehicle with an 80% stake, while Iberdrola holds the remaining 20% and is responsible for developing, building and operating the wind farms.

The first 100 MW of operational assets, located in Castilla y León, are split between two wind farms in Soria and Burgos. The 130 MW PV projects are being developed in Castilla-La Mancha, in the province of Guadalajara, and are expected to be commissioned in the third quarter of 2022.

The alliance combines the strengths and skills of two leading companies, both of which are committed to the energy transition and the green economic recovery, job creation and Spain’s industrial transformation. Iberdrola has brought in a partner to develop its renewable growth plan and asset rotation strategy, while MAPFRE adds a global renewable energy leader to its sustainable investments in Spain. To date, the insurance group was making all these investments in alternative assets through real estate, infrastructure and private capital funds. At the end of last year, the Group completed its first infrastructure fund with Abante, raising €300 million, and invested in Macquarie Infrastructure and Real Assets (MIRA) funds, the world’s leading infrastructure group.

According to Ignacio Galán, the Chairman of Iberdrola: “The alliance illustrates the need to work together, with commitment and action, in order to lead the transition towards a low-carbon economy, drive re-industrialisation and create jobs in our country. This urgent strategy has the backing of the European Union and the International Energy Agency. In MAPRE we have found an ideal partner to drive investments and projects in the technologies of the future, enabling us to build a stronger, more competitive and sustainable economy for all”.

Antonio Huertas, chairman of MAPFRE, says that: “This alliance between leaders allows us to grow together and, in our case, to continue diversifying our portfolio in a low-interest rate scenario while boosting investments with a positive impact on the environment. Meanwhile, we will move on with our commitment to energy efficiency as an instrument for green growth based on a low carbon economy”.

This also underpins the collaboration between Iberdrola and MAPFRE in the energy area: in January, both companies signed an agreement whereby the insurer’s sales branch network in Spain, comprising around 3,000 offices, supplies personalised and 100%-renewable Iberdrola products; the first alliance of this nature between an insurance provider and an energy utility in Spain.

Iberdrola has been at the forefront of the energy transition for 20 years, acting as a driving force in the green economic recovery, job creation and the transformation of industries. To achieve this, the company has launched a major €150 billion investment plan over the next decade – €75 billion for the period 2020-2025 – with the aim of increasing three-fold its renewable capacity, doubling its network assets and seizing the opportunities of the energy revolution facing the world’s leading economies.

In Spain, it will invest €14.3 billion by 2025, most of which earmarked for an ambitious renewable and smart grid plan. The company is currently building 1,800 MW of PV and wind generation projects in the country and has a 12,900 MW project pipeline at year-end 2020. In Spain, the company leads the renewable energy industry with an installed capacity of 16,700 MW, which will grow to 25,000 MW by 2025 thanks to its investment plan.

After investing €120 billion over the past 20 years, Iberdrola is at the cutting edge of renewable energy, with close to 35,000 MW installed capacity worldwide, making its generation fleet among the cleanest in the energy sector.

With emissions of 98 grCO2/kWh, two thirds lower than the European average, Iberdrola’s strategy of investing in clean energy and grids will make it a carbon-neutral company in Europe by 2030.