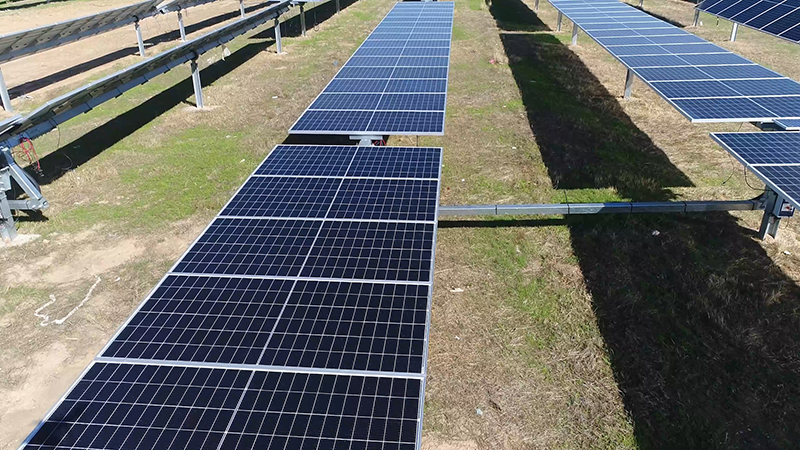 Iberdrola has begun the commissioning phase at ‘Francisco Pizarro’ project in Extremadura (Spain), Europe’s largest photovoltaic plant and Iberdrola’s largest facility of this technology worldwide. Located between the municipalities of Torrecillas de la Tiesta and Aldeacentenera (Cáceres), the plant has an installed capacity of 590 megawatts (MW).

Francisco Pizarro plant is made up of nearly 1.5 million photovoltaic modules that will generate enough clean energy to supply more than 334,000 homes – more than the populations of Badajoz, Cáceres, Plasencia and Don Benito combined – and will prevent the emission of 150,000 tons of CO2 into the atmosphere every year.

The project, which required an investment of more than 300 million euros, created more than 1,500 jobs during peak construction periods, 60% of which were filled by local workers.

Iberdrola has guaranteed the project’s feasibility through long-term power purchase agreements (PPAs) with leading companies in different sectors and will supply 100% renewable electricity to Danone, Bayer and PepsiCo to cover the energy needs of their factories in Spain.

These contracts provide stability to investments and have become an optimal tool for managing the electricity supply of large customers committed to accelerating the energy transition to reduce dependence on fossil fuels and who are dedicated to clean and sustainable consumption.

Protecting the environment and cultural heritage

The ‘Francisco Pizarro’ photovoltaic plant is an example of new renewable developments that respect the environment and cultural heritage. During the execution of the project, Iberdrola has guaranteed at all times the preservation of the natural environment and the archaeological remains discovered during the project’s siting.

After the discovery, the company carried out all the necessary measures for monitoring, excavating and safeguarding the remains.

Regarding environmental protection, specific measures were taken to improve forest wildlife habitats, including a controlled reproduction centre for rabbit breeding, the installation of nesting boxes and the creation of bird feeding protection zones. In addition, Iberdrola has contributed to the monitoring campaign of grassland birds in Extremadura run by the Spanish Ornithological Society (SEO/Birdlife), identifying and protecting a breeding area for these birds specifically the common bustard.

Also, the plant operates an environmental integration plan that allows the land to be used as grazing for sheep husbandry in the area.

Betting on an inexhaustible source of energy within everyone’s reach

Iberdrola leads the renewables industry in Spain with an installed capacity of more than 19,300 MW and an investment plan to reach 25,000 MW over the coming years. The company has allocated €14.3 billion to deploy an ambitious renewable and smart grid programme by 2025, with Extremadura (Southwestern Spain) set to play a key role. In the 2020-2025 period alone, the company will have installed more than 2,800 MW of renewable capacity in the region, with an investment of more than €1.7 billion and over 7,400 construction jobs over the five years.

This inexhaustible source of green energy will be key to the energy transition by enabling the production of electricity both on a large scale, as in the case of the Francisco Pizarro plant, and residential solar PV.

Iberdrola, which already manages 40% of the self-supply facilities in Spain, will continue to spearhead photovoltaic technology since it helps to lower energy bills and protects against potential variations in energy prices while generating clean energy, free of CO2 emissions.