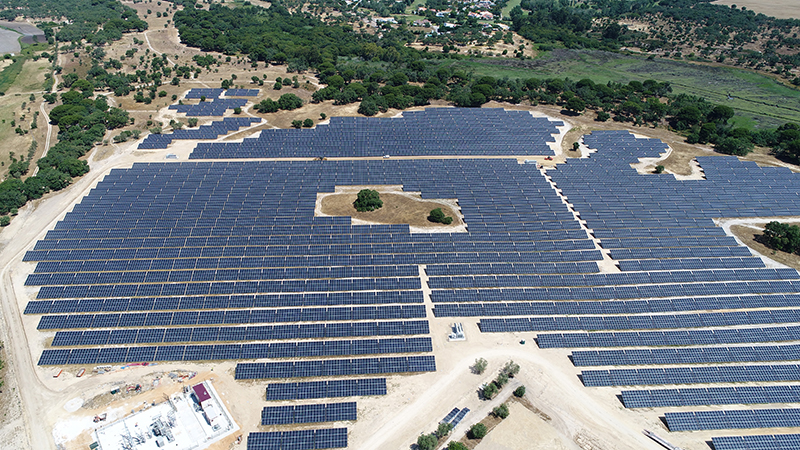 Iberdrola continues to make progress with its investment strategy on the Iberian Peninsula with the commissioning of Algeruz II photovoltaic plant, the group’s first facility of this type in Portugal.

The plant has more than 50,500 fixed single-facial photovoltaic modules, which will generate enough clean energy to supply more than 11,000 homes and prevent emissions of 13,400 tonnes of CO2 into the atmosphere annually.

The project, which involved an investment of €17.8 million, has generated more than 200 jobs during peak construction periods, all of which were filled by local workers.

Iberdrola was the largest winning bidder in lot numbers from the 2019 auction in Portugal with a total of 7 photovoltaic projects (7 lots), three of which are under construction and are expected to enter commercial operation during this year. These are the Conde (13.51 MW), Alcochete I (32.89 MW) and Alcochete II (12.72 MW) PV plants, also located in the Setúbal district. The Alcochete I and II projects will have bifacial technology that maximises energy production and reduces the average cost of electricity by 16%.

In addition, the Montechoro I (11.57 MW), Montechoro II (24.95 MW) and Carregado (64.1 MW) projects, awarded in the same auction, are in the process of obtaining the construction permit and are scheduled to be commissioned in 2023. At this time, Iberdrola’s PV capacity in Portugal will total 187 MW.

Iberdrola has been leading the energy transition for two decades, acting as a key driving force in the transformation of the industrial fabric and the green recovery of the economy and employment. To this end, the company has launched a historic investment plan of €150 billion over the next decade – €75 billion by 2025 – to triple renewable capacity, double network assets and commit to clean and sustainable consumption.

In the current context, accelerating the energy transition is essential to reduce dependence on fossil fuels and combat the effects of climate change.

In Portugal, Iberdrola serves a large commercial portfolio of customers, has 92 MW of wind power in operation and has commissioned the Daivões (conventional plant) and Gouvães (pumped-storage plant) hydroelectric plants, which are part of the Támega River gigabattery – one of the largest energy storage facilities in Europe with 1,158 MW of capacity – and which has required an investment of more than €1.5 billion.

In addition, the future construction of a large wind farm with planned total capacity of 400 MW, linked to the gigabattery, will convert the complex into a hybrid generation plant.

This will allow users to consume wind energy during peak demand and use the surplus to power the pumping system, helping to improve the system’s efficiency and guarantee electricity supply. In this way, Iberdrola will be able to manage supply and demand with hydroelectric and wind technologies, depending on the availability of both resources.