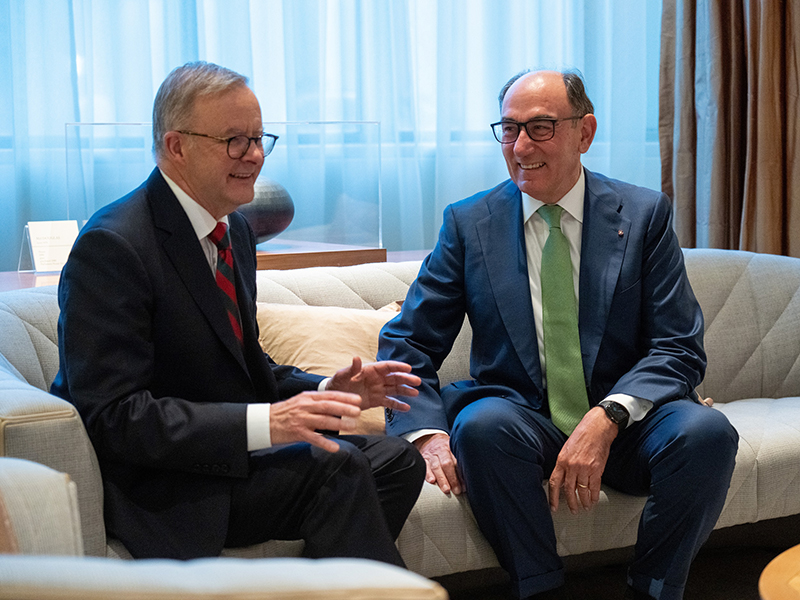 As the Senate voted to approve Australia’s new climate targets, Iberdrola – one of the world’s leading green energy majors – has earmarked A$4.4 billion in investments to help deliver the country’s energy transition.

With a mature pipeline of over 2GW of onshore wind and solar development projects, Iberdrola has also recently established a networks business in Australia and is actively seeking new opportunities. Beyond that, the company is analysing a range of green hydrogen investments. Globally Iberdrola is a leader in green hydrogen, with sixty projects being progressed in 8 countries, including the recent completion of Europe’s largest industrial green hydrogen plant in Spain. Iberdrola is also a leader in offshore wind globally and will look to bring its capital and experience to the emerging offshore wind industry in Australia

Iberdrola chairman and CEO Ignacio Galán said: “The full ratification of Australia’s decarbonisation targets will align Federal policies with the ambitions already shown by most States and the commitment shown by Australian companies and wider society. The country’s huge renewable potential and its tradition of clear and stable policy frameworks create the opportunity for Australia to establish itself as a leading global powerhouse in the energy transition and consolidate its reputation as one of the largest global energy exporters by realising its massive potential to produce green hydrogen.

“Iberdrola is also ready to invest and contribute its resources and skills to help unlock the new jobs and economic opportunities a greener, and smarter energy system will deliver for Australia.

“There is huge global demand from industry for new climate solutions such as green hydrogen, green ammonia and green steel. With abundant natural resources, the skilled energy workforce needed to develop these products at a large scale, and established energy trading partners, Australia can quickly lead the way in these new clean economy technologies.”

Included in the projects Iberdrola is currently developing are the 1,000 MW Mount James wind farm and the 360 MW Broadsound solar plant, both in Queensland. This year the company has also acquired the smart solutions business, Autonomous Energy, which offers tailored energy products for commercial and industrial companies.

Today Iberdrola has 1,062 MW of renewable energy installed (wind, solar and batteries) in Australia – and a further 390MW under construction. Iberdrola Australia supplies “firmed” green energy solutions to a large range of commercial and industrial customers in Australia. The company’s portfolio of clean energy projects is already supporting some of Australia’s leading brands- Agreements are in place to supply companies such as BHP and supermarket chain Woolworths with renewable energy.