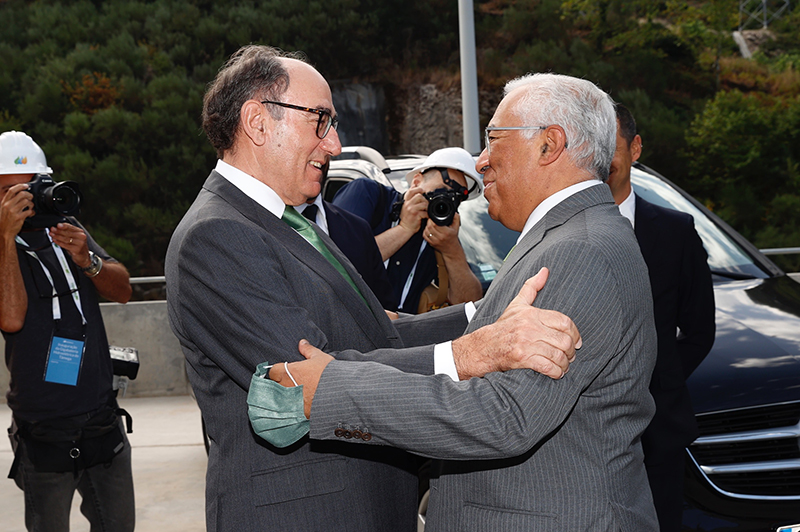 As Europe attempts to build an energy storage economy to aid the shift from fossil fuels to renewable energy and enhance energy security, the state-of-the-art Tâmega facility provides a template for how to do this.

With a capacity of 1,158 MW, Tâmega can store 40 million kWh, equivalent to the energy consumed by 11 million people during 24 hours in their homes.

Pumped storage hydro is the only proven technology that can store large amounts of electricity for long periods, and globally there is significant potential for developing new capacity.

Located in northern Portugal on the Tâmega river, the project consists of three power stations (Gouvães, Daivões and Alto Tâmega).

The Chairman and CEO of Iberdrola, Ignacio Galán, was joined by Portugal’s Prime Minister, António Costa, to open the flagship project officially.  Mr Galán confirmed Iberdrola would double the investments made in the Gigabattery in the coming years in Portugal, reaching 3 billion euros, which will be allocated to new wind farms and solar plants already under development or construction, as well as other infrastructures related to green hydrogen.

Chairman and CEO of Iberdrola, Ignacio Galan, commented: “The opening of Tâmega reinforces the potential of this technology to solve Europe’s energy storage problem, as well as strengthen energy security. Tâmega will be central to Portugal’s energy transition and we believe the project can kickstart a renewed focus on developing this technology across Europe. The transition to net zero requires a huge uplift in storage capacity. As it stands today, no other technology offers more than pumped storage hydro does.”

Pumped hydro sites operate like a giant, efficient battery. In times of low demand on the electricity network, excess electricity from renewables can be used to pump water from a lower reservoir to a higher one. When demand is high for electricity, the complex can release this same stored water, quickly producing high volumes of electricity. The station can quickly switch from pumping mode to generation mode, and this flexibility helps to ensure the grid remains balanced.