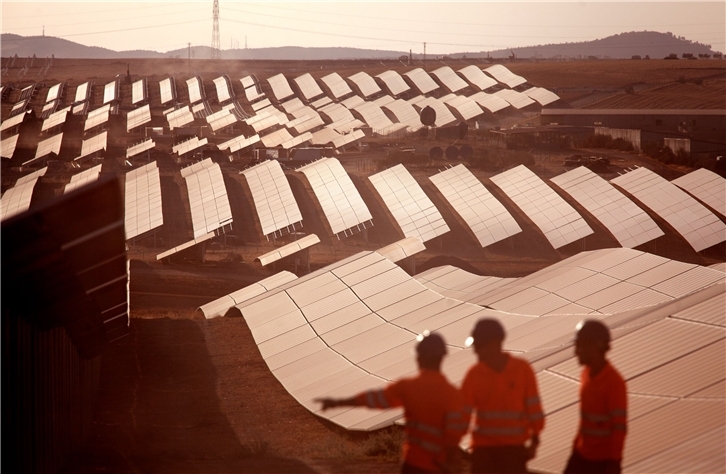 Iberdrola steps up its commitment to clean energy with over 400 new photovoltaic MW, which the company is to put into operation in Extremadura. Two of the projects, the Majada Alta and Santa Antonio photovoltaic plants, of 50 MW each, will be built in the municipality of Cedillo in Cáceres. The company also has for a photovoltaic plant with a capacity of more than 300 MW in the same area, with access to the grid.

The two Cedillo plants, already presented to the Extremaduran Regional Government, will comprise 300,000 photovoltaic panels, and the construction phase could mean work for 200 people. It is scheduled to be commissioned in 2020.

Iberdrola foresees that another of its projects in the region, the Campo Arañuelo complex (Arañuelo I, II and III of 150 MW) will be the next to commence construction at the beginning of 2020. Its development -which could create another 200 jobs during construction- has a high local involvement since the engineering and environmental work has been awarded to the Extremaduran company Ecoenergías del Guadiana and the power transformers will be supplied by Faramax. The project also includes an energy storage system involving the use of an innovative battery.

MORE THAN 2,500 RENEWABLE MW UNDER CONSTRUCTION OR IN THE PIPELINE IN SPAIN

In Extremadura, Iberdrola is building the Núñez de Balboa PV plant-the largest under construction in Europe-and has in the pipeline, together with the Cedillo projects, the photovoltaic plants Francisco Pizarro (590 MW), located in Torrecillas de la Tiesa; Ceclavín (328 MW), in Alcántara; and Arenales (150 MW), in Cáceres, as well as Campo Arañuelo I, II and III (150 MW), in the Almaraz administrative district.

This brings the company’s photovoltaic megawatts under construction or in the pipeline in the region to 1,800, making Extremadura the focus of Iberdrola’s renewable strategy in Spain.

In Spain, projects under construction or in the pipeline, both wind power and photovoltaic, amount to over 2,500 MW -representing more than 80% of the installed capacity forecast by the company for 2022- in regions like Extremadura, Castille-La Mancha, Navarre, Aragon, Andalusia, Murcia and Cantabria. The plan to relaunch clean energy continues to advance with the recent acquisition of three wind farms, with a total installed capacity of 117.8 MW: the BaCa (Ballestas and Casetona) wind farm complex, in operation, and the Puylobo wind farm, at the construction stage.

In Spain, Iberdrola is the leader in renewable energies, with an installed capacity of 15,828 MW (over 30,300 MW worldwide), making its generation fleet one of the cleanest in the energy sector.

Iberdrola’s commitment to a decarbonised economic model has led it to earmark 34 billion euros for global investments between now and 2022 in renewable energies, smart and robust distribution networks, and storage technologies, all on top of the 100 billion it has already invested since 2001.