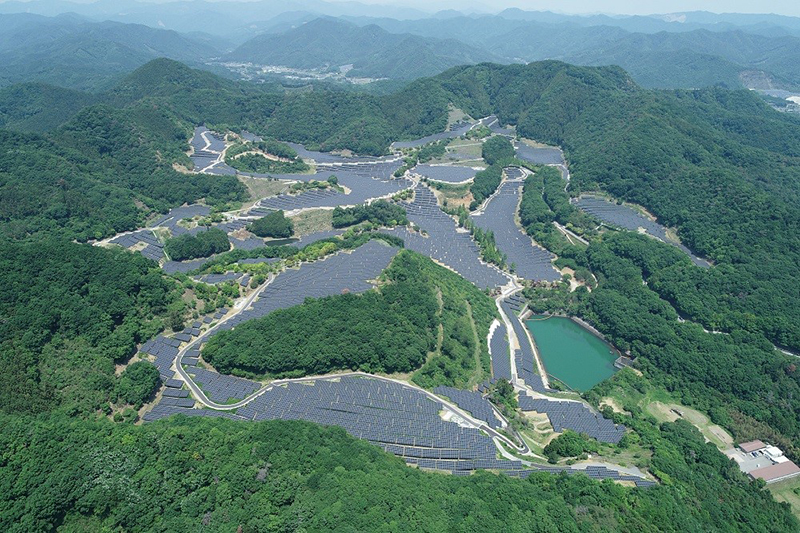 Juwi Shizen Energy, the joint venture founded in 2013 between the German project developer juwi and the Japanese developer of wind and solar parks Shizen Energy, has successfully connected the largest single project in its history to the grid in Sano City (Japanese prefecture of Tochigi) and has already handed it over to the operator. The fact that juwi Shizen Energy is a specialist in the construction of utility-scale ground-mounted solar parks with challenging terrain topography also benefits this project as the 54-megawatt is located on a former golf course about 100 kilometres north of the capital Tokyo.

The Japan joint venture has successfully implemented several projects of this kind in the recent past, most recently the Otaki Village solar farm on a former ski slope in Nagano Prefecture, where the 1988 Winter Olympics were held. Currently, the company is constructing the 121-megawatt Pacifico Energy Sanda Mega solar farm in Hyogo Prefecture, located in the Kansai region northwest of Osaka on Honshū Island, also on the site of a former golf course. Annual output will be about 143 million kilowatt-hours. It is scheduled to go into operation in December 2023. It will then replace the Sano City solar farm as the joint venture’s largest single project.

“We are very pleased to have completed the Sano City project two months before the actual handover date,” says Jan Warzecha, Managing Director of juwi-Shizen Energy. “This underlines our high level of competence, professionalism and experience as a reliable EPC partner.”