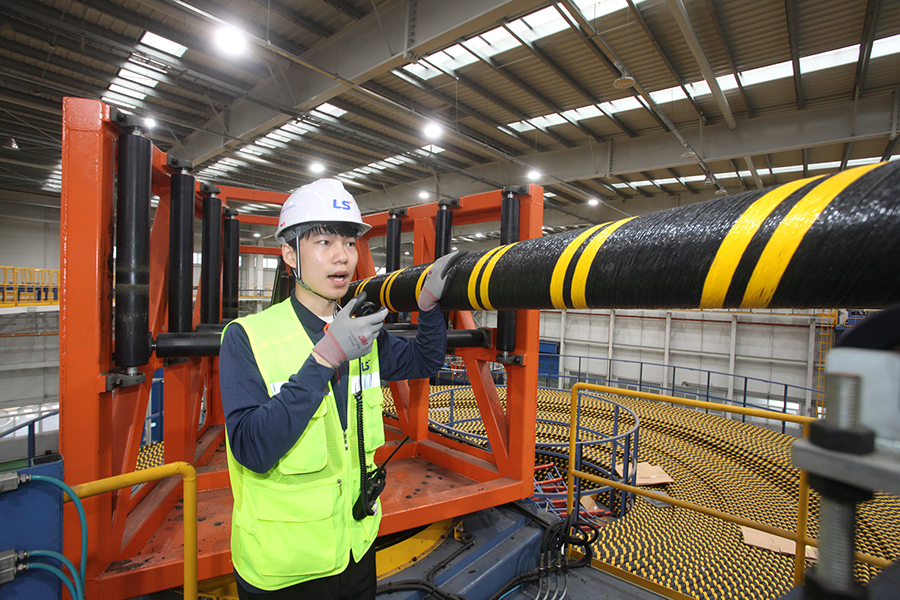 LS Cable & System has laid the foundation for market expansion by winning two large contracts in Europe, the home of cables.

LS C & S announced on April 1 that it entered into two contracts with TenneT, the Dutch electricity transmission system operator, for the supply of submarine cables worth €100.7M in a consortium with marine construction company Jan De Nul Group.

LS C & S says that the bidding was conducted according to a comprehensive evaluation method that evaluated technical capabilities, quality of business operations in combination with pricing. The evaluation of the bid shows that the winning consortium has the most economically advantageous proposal to carry out the challenging project.

The Netherlands is in the process of constructing offshore wind farms with a total capacity of more than 11 gigawatts by 2030, with the final aim to achieve 100% renewable energy supply by 2050. As part of these contracts with TenneT, LS C & S is supplying 210km of submarine cables to two offshore wind farm areas with a total capacity of 1.4GW in the Dutch coastal waters by 2023.

Since the introduction to the UK market in 2012, LS C & S has supplied submarine power cables for renewable projects in Denmark (2013), the Netherlands (2013) and Belgium (2016). The company expects that the European submarine cable market will be worth Billions of euros over the next 5 years. LS C & S is planning to build on this major project and to do everything in its power to win more contracts for submarine cable projects in Western Europe including The Netherlands.

You can also read more on the Power cable sector here