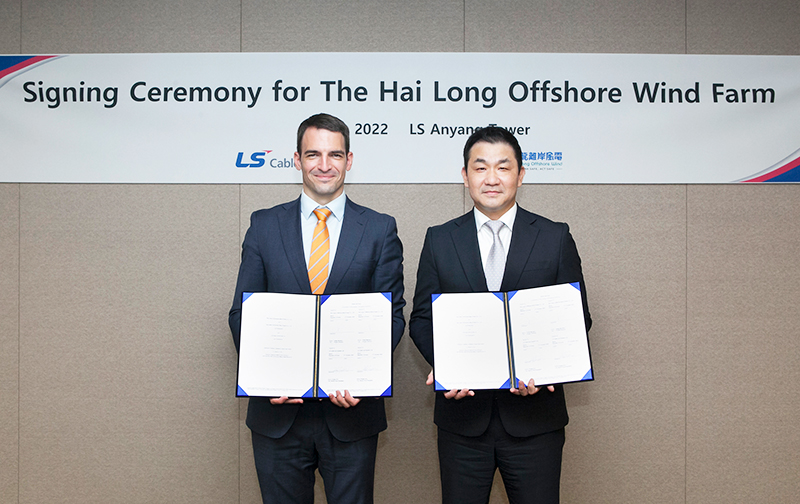 This Agreement is formal following the preferred bidder agreement concluded between the two companies in October last year.

As a result, LS C&S has won all of its bids for the rights to supply ultra-high-pressure submarine cables for Taiwan Offshore Wind Power Complex Project I. The total contract amount is approximately 800 billion won.

Hai Long Offshore Wind Farm is one of the largest offshore wind farms in Taiwan and features Northland Power of Canada and Yushan Energy of Singapore as joint developers. When the construction is complete in 2026, the complex is expected to produce 1 GW of electricity, equivalent to a nuclear reactor’s output.

Taiwan is promoting three projects between 2020 to 2035 to develop offshore wind farms that will be able to produce 15 GW of electricity in total. The company expects the submarine cable market cap to reach around 2 trillion won as orders are placed for the second and third projects next year.