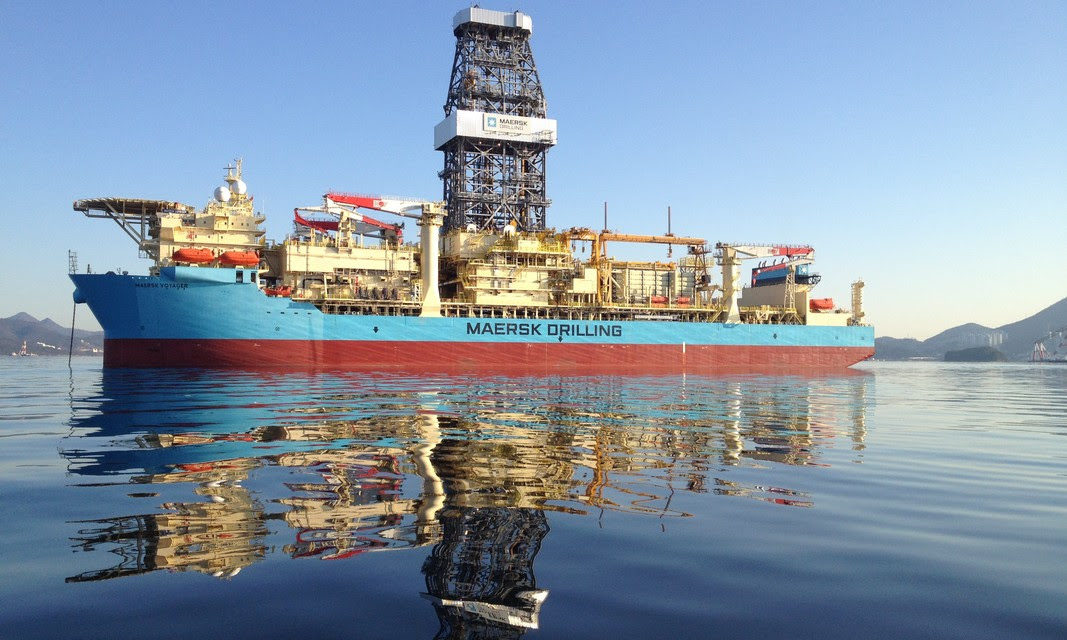 Based on the Conditional Letter of Award previously announced in connection with Maersk Drilling’s Q3 2019 Trading Statement, Maersk Drilling has been awarded contracts for a three-well exploration drilling project by Total E&P Angola Block 32, Block 48 and Total E and P Namibia B.V. for the 7th generation drillship Maersk Voyager. Maersk Voyager will be employed offshore Angola and Namibia for a campaign which includes the deepest water depth ever drilled offshore. The project includes two wells offshore Angola in Blocks 32 and 48, plus one well offshore Namibia. The campaign is expected to commence in January 2020, with an estimated duration of 240 days. The total value of the firm contracts is approximately USD 46.3m, including a mobilisation fee. The contracts include two additional one-well options.

The well in Angola’s Block 48 will be drilled at a new world record water depth of 3,628 m. The current world record is 3,400 m, set by Maersk Voyager’s sister drillship Maersk Venturer when it drilled the Raya-1 well for Total offshore Uruguay in 2016. To support the campaign in Angola and Namibia, Maersk Drilling will be working with local partners to power successful outcomes and strengthen the development of the local oil and gas industry to the benefit of all parties involved.

“We are thrilled to once again push beyond existing boundaries in collaboration with Total, drawing upon our mutual experience from the exciting deepwater exploration projects we have collaborated on over the years. In addition, it’s great to be heading back to Angola where we performed a series of successful operations from 2012 to 2016, and to do so in a multi-country campaign which will showcase our ability to quickly and smoothly move operations from one jurisdiction to another,” says COO Morten Kelstrup of Maersk Drilling.

Maersk Voyager is a high-spec ultra-deepwater drillship which was delivered in 2014. It has recently performed its scheduled Special Periodic Survey in Walvis Bay, Namibia, after completing campaigns in Ghana and Equatorial Guinea in 2019.