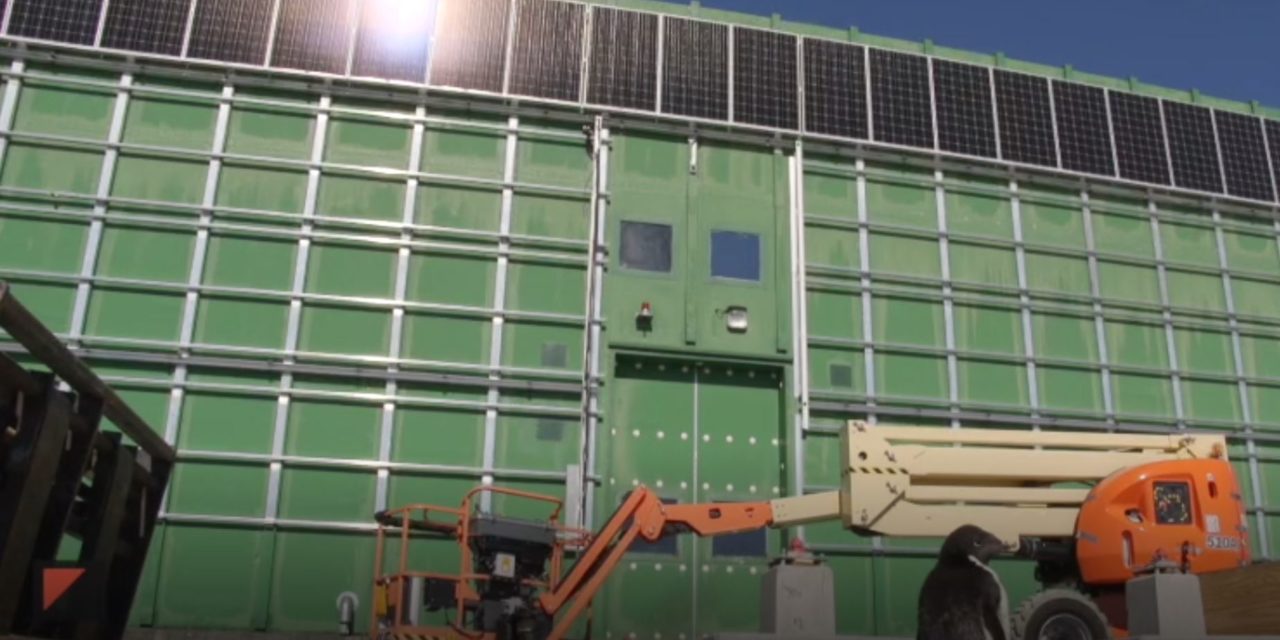 The solar installation will provide up to 30 kW of electric power to the Casey research station, located on Vincennes Bay in the Windmill Islands, just outside the Antarctic Circle, during the Austral summer months. The aim of the project, which is the first solar array providing power to an Australian Antarctic research station, is to reduce the reliance on diesel fuel, which is delivered yearly by the AAD’s Antarctic icebreaker, the Aurora Australis, from Hobart, Tasmania – a journey of 3,443km.

The initiative is part of a collaborative project between the AAD and Masdar on several unique and exciting projects. These include providing the solar PV system to Casey research station, building an energy management system, sponsoring a Khalifa University research project to improve the monitoring of changes in the Antarctic sea ice, and enabling young Emirati professionals to visit Casey as interns, such as Tawaddod Alkindi, an alumna of Khalifa University [pictured].

Mohamed Jameel Al Ramahi, Chief Executive Officer of Masdar, said: “As a global leader in renewable energy, Masdar is honoured to collaborate with the AAD to bring our expertise in clean energy from the hot deserts of the UAE to the cold desert of Antarctica as we strive to implement practical energy solutions, support research on climate change and environmental protection in line with the Antarctic Treaty System.”

The solar PV panels, sourced from German company Aleo Solar, have been built to withstand extreme weather conditions in the Antarctic, the coldest continent on earth, where katabatic wind speeds can reach nearly 300 km/h and the average temperature ranges from -10 degrees Celsius to -60 degrees Celsius depending on the time of year.

The solar PV panels were shipped from Germany to Hobart, Tasmania, and from there to Casey by the Aurora Australis in December 2018. After extensive simulations conducted by Masdar and the technical team at Casey, it was decided that the solar panels would be mounted in a vertical position on the northern façade of Casey’s “green store” building. Australian Antarctic Division Director Kim Ellis said the special mounting of the panels would strike a balance between maximum solar gain and stability in the wind, as well as ensuring the panels were easy to install, access and maintain.

He said the system of 105 solar panels would provide about 10 per cent of the station’s total energy demand.

“This is the first solar power array at an Australian Antarctic research station and amongst the largest in Antarctica,” Ellis said. “It will reduce Casey station’s reliance on diesel generators for electricity, cutting fuel costs and emissions, as well as boosting the station’s capacity in peak demand periods. Once we see how it performs as part of the station’s power grid, we’ll be able to look at how to get more out of the technology in the future.”