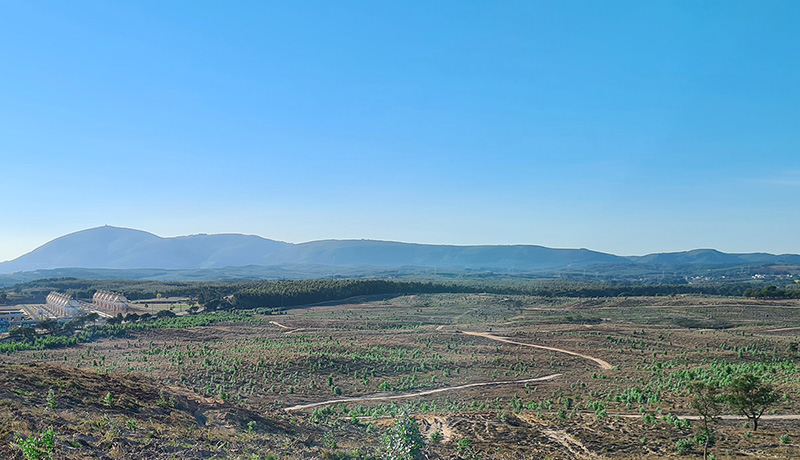 Neoen has started construction of the largest solar park in Portugal, with a capacity of 272 MWp. The park will comprise two contiguous solar farms: Torre Bela Solar Farm (68 MWp), fully owned by Neoen, and Rio Maior Solar Farm (204 MWp), owned in partnership with Aura Power, a global developer of renewable energy projects. It is located at Herdade da Torre Bela, in the municipality of Azambuja, 70 km north of Lisbon and connected to the REN substation, in Rio Maior, via a 400 kV overhead line.

Aldesa, one of the largest construction groups in Spain, has been given notice to proceed under an EPC (Engineering, Procurement and Construction) turnkey contract. The commissioning of the solar park is scheduled for early 2024. Once operational, its expected production of over 500 GWh of green energy will correspond to the annual consumption of 110,000 homes.

The Portuguese State will purchase some 80% of the renewable energy produced under two 15-year power purchase agreements (PPA) awarded under the 2019 renewable capacity auction. The PPAs are expected to start in the course of 2025. The remaining energy and certificates of origin will be sold on the electricity market.

The solar park will be built in plots with an average size of 20 hectares, separated by green corridors to improve connections between almost 200 hectares of biodiversity protection areas. Over 6,000 cork oaks, a protected tree species in Portugal will be maintained in these protected spaces. A tree and shrub curtain will shield the panels from view so that the solar farms blend in with the surrounding landscape.

Bernardo dos Santos, Managing Director of Neoen Portugal, said: “It gives us great satisfaction to see the Rio Maior and Torre Bela solar farms get off the drawing board: their construction will bring Portugal closer to its objective of achieving net zero emissions by 2050. I would like to thank the Ministry of Environment and Climate Action and all public institutions for their support over the past years. We would also like to thank the people and local government in the surrounding community who have championed the project and the benefits it will bring.”

Xavier Barbaro, Chairman and Chief Executive Officer of Neoen, concluded: “I would like to congratulate our team in Portugal for the work and commitment they put into this project. Neoen has been active in Portugal since 2010 and we are very proud to be building the largest solar park to date in the country. We will continue to actively support the Portuguese vision for renewable energy, which is one of the most ambitious in Europe.”