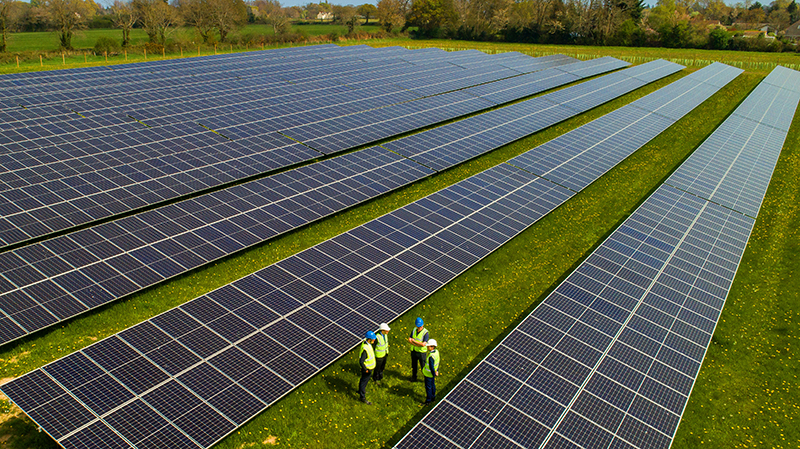 Neoen has been successful in the provisional results of the auction for Ireland’s second Renewable Electricity Support Scheme (RESS 2) for two projects with an expected total capacity of 80 MWp: Ballinknockane Solar in County Limerick (approx. 61 MWp) and Threecastles Solar in County Wicklow (approx. 19 MWp). The provisional results of the auction were published on 20 May 2022, with the final results set to be confirmed later in June.

The two plants, to be fully owned and operated by Neoen, are scheduled to be commissioned by the end of 2025. Together they will generate approximately 76 GWh a year, enough to power around 18,000 homes, preventing over 24,400 tonnes of CO2 emissions per year.

The success comes just four weeks after the energisation of Millvale, Neoen’s first Irish solar farm, which was among the winners of RESS 1 and is Ireland’s first large-scale ground-mounted solar plant to be connected to the grid. The two new projects significantly strengthen Neoen’s Irish portfolio, which includes three solar farms for a total of 58 MWp under construction (including Millvale), eight wind farms under operation, with a combined capacity of 53 MW, and a portfolio of over 220 MW of solar, wind and battery projects in an advanced stage of development.

Cyril Perrin, Managing Director of Neoen Ireland, commented:“I would like to thank all the stakeholders involved for the trust they have placed in us, particularly the landowners and county councils whose support has been – and will continue to be – paramount for delivering these projects. Since 2019, we have built a diversified portfolio of solar, wind and storage projects. Our renewed success in this second auction rewards our effort and encourages us to play an even more active role in the energy transition in Ireland, helping it meet its target of 80% of renewable electricity by 2030.”

Xavier Barbaro, Neoen’s Chairman and Chief Executive Officer, added: “I would like to congratulate our Irish team for this new success and for our rapid growth in the Republic of Ireland. We are a truly local player and this achievement shows the quality of our projects. Yet this is just the beginning: we have exciting prospects for Ireland as a whole. More than ever, renewable energy plays a decisive role in competitiveness and energy sovereignty, and Neoen is one of the most dynamic players in making the transition a reality in the seven European countries in which we are currently present.”