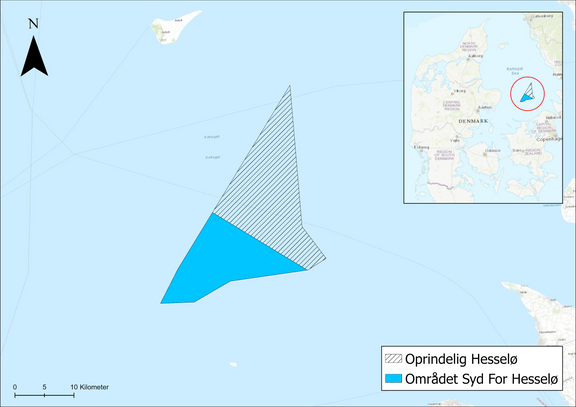 The political agreement on the new position follows a new fine screening conducted by COWI for the Danish Energy Agency. The fine screening was published on 11 May 2022, and it shows that the area south of the original Hesselø area is a good alternative because the seabed has been assessed as better suited for the establishment of the wind farm.

The new position means that Hesselø offshore wind farm is likely to be able to supply electricity to Danish households from 2028 and it will be completely finished in 2029.

Read the agreement about the alternative location for Hesselø offshore wind farm (only available in Danish).