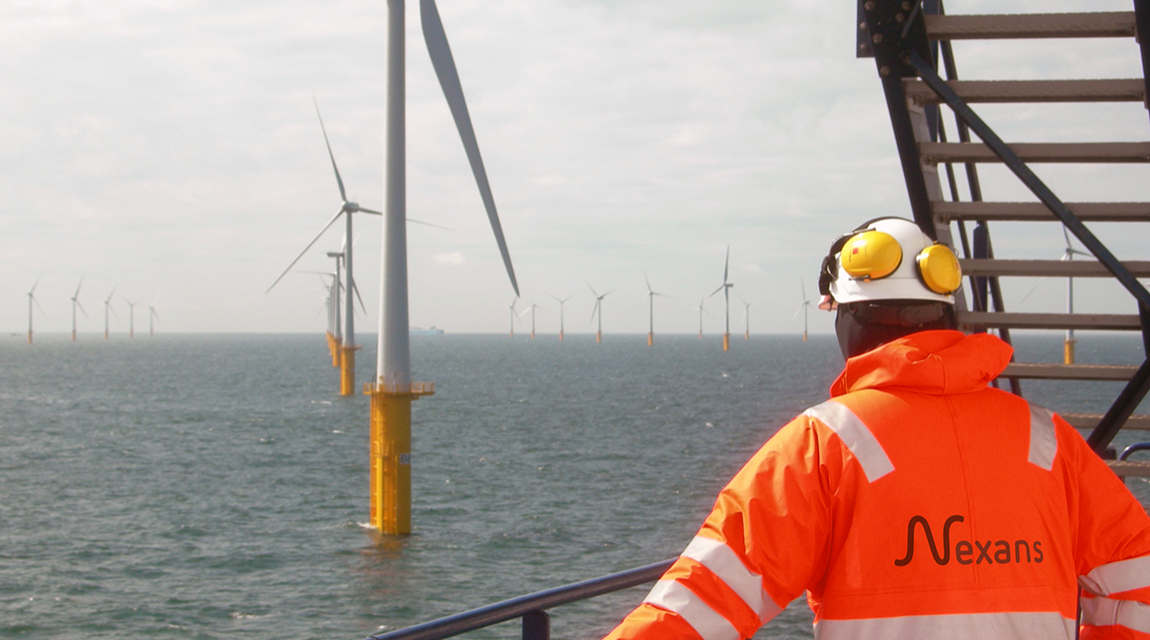 RTE France has awarded a € 115 million contract to Nexans to supply and install the 67km offshore and 93km onshore power export cables for the 496 MW Saint Brieuc offshore wind farm. Located in the English Channel, some 16 km off the coast of Saint Brieuc Bay, the wind farm is expected to generate enough power to meet the daily electricity needs of more than 835,000 homes.

The project is being developed by the Ailes Marines Consortium and is one of the biggest commercial-scale offshore wind projects in France. Its success is of significant importance as it will help meet France’s climate change ambitions.

The consortium has been awarded 500 MW capacity transmission by the French government. RTE, the French transmission system operator, will design, build and maintain the two 225 kV links (submarine and land) to connect the offshore wind farm to the grid.

For the submarine cables, Nexans will supply two lengths of 33.5 km 225 kV 3-core cable with an innovative hybrid armouring solution. The cable also features a fibre optic element for remote health monitoring of the cable link and transmission of information between the offshore wind farm and land base. Cables will be installed by Nexans’ own cable-laying vessel, the CS Skagerrak, while the specialized Capjet system will be used to trench the cables into the seabed for protection. The awarded contract also includes Inspection, Maintenance and Repair (IMR) services for the offshore part of the link.

The land cables will include 93 km of 225 kV single-core cable, similar to those provided to RTE by Nexans under the current land cables framework agreement.

“This project will be the first offshore connection developed by Nexans for RTE. As such, RTE expects this project to be successful as well as to mark the beginning of a fruitful relationship. commented Jean Michel Prost, Marine activities director at RTE.

Laurent Guillaumin, Business Development Director – Offshore Wind Europe at Nexans, said: “We are delighted to be working with RTE to provide the grid connection for one of France’s most significant offshore wind projects. The key to this success was our long track record in this sector combined with our ability to offer innovative cable solutions.”