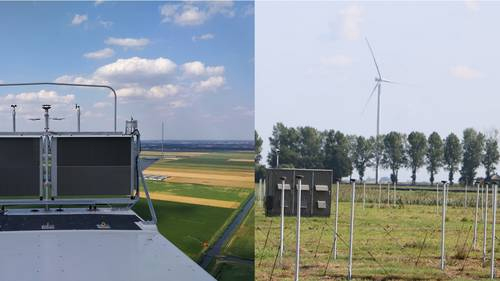 In addition to the already published European orders received end of 2019, in December the Nordex Group was awarded on top to those orders a contract to install the Dutch wind farm “De Drentse Monden en Oostermoer” (DMO) as well. The manufacturer will supply 44 N131/3900 turbines including the foundations with a capacity of 171.6 MW to its customers Duurzame Energieproductie Exloermond BV, Raedthuys DDM B.V. and Windpark Oostermoer Exploitatie B.V.. Together these three projects form the “DMO (De Drentse Monden en Oostermoer)” wind farm. Nordex will also be providing service for all these turbines after installation on the basis of a Premium Service contract for a period of 25 years. The turbine delivery and installation will start from the second half of 2020.

The “DMO” wind farm is located to the south-east of Groningen, in the province of Drenthe near Exloo in the immediate vicinity of the central antenna field of the “Low-Frequency Array” (LOFAR). LOFAR, which is run by ASTRON, the Dutch Institute for Radio Astronomy, is a Europe-wide network of thousand highly sensitive radio antennas. It is used in the world’s largest array of antennas for research into the universe.

The 172 MW order was awarded on condition that the emission level of electromagnetic radiation would be reduced to a predefined absolute minimum. In order to ensure that this could be done, the Nordex Group developed a predefined, extremely low-radiation version of the N131 turbine and installed the test turbine on site in the summer of 2019. ASTRON was able to confirm the very low electromagnetic radiation on site in a highly complex measuring procedure using the LOFAR antennas and their own technology. This meant that the order for the other 44 N131/3900 turbines could be placed in December 2019. The Nordex Group booked receipt of the order for the test turbine in 2018. In its final form the “DMO” wind farm will comprise 45 turbines with a total of 175.5 MW.

“We are pleased to have been awarded the contract for this challenging project. At the customer’s request we have successfully implemented a new technological solution. Now we can offer our N131 turbines for other projects with similarly demanding requirements regarding minimal electromagnetic radiation,” says Patxi Landa, CSO of the Nordex Group.