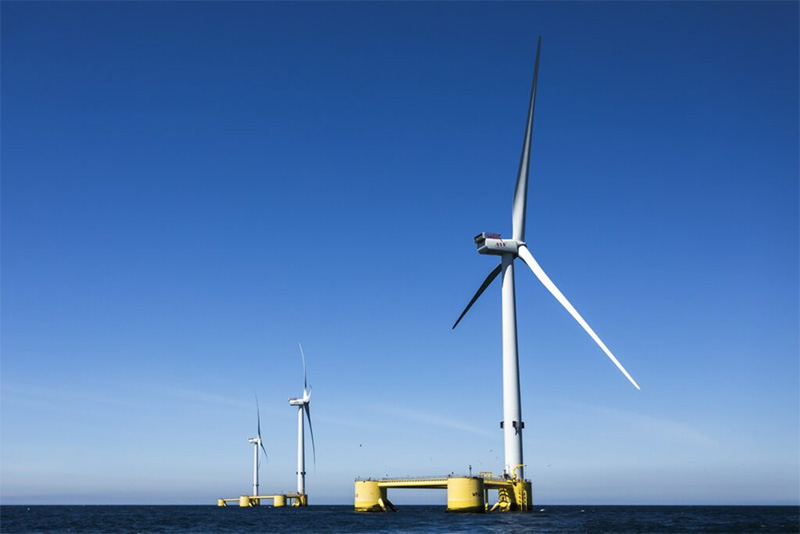 Already partners in the EFGL floating wind pilot project currently under construction in the Gulf of Lion, Ocean Winds, joint venture of ENGIE and EDP Renewables dedicated to offshore wind, and Banque des Territoires announce their partnership for the AO6 tender launched by the French government, for two floating offshore wind sites of 250 MW each. This call for tenders is part of the ambitions announced by the government to accelerate the development of offshore wind power in France, with the objective of 40 GW of installed capacity by 2050.

Partners since 2014 for the “Dieppe Le Tréport” and “Îles d’Yeu and Noirmoutier” offshore wind farms and since 2016 on the “Éoliennes Flottantes du Golfe du Lion” (EFGL) floating offshore wind pilot project, Ocean Winds and Banque des Territoires confirm their participation in the AO6 and reinforce their wish to contribute more massively to the national ambitions aiming to accelerate the energy transition, in particular through the development of offshore wind in France.

This joint response to the AO6 allows the mobilisation of the Banque des Territoires on the national territory in the service of the energy transition to be combined with Ocean Winds’ pioneering expertise in floating offshore wind energy. This expertise from Ocean Winds is based on WindFloat Atlantic, the first semi-submersible offshore wind farm in operation since 2020 north of Portugal, the EFGL project currently under construction in the Mediterranean, and four floating projects accumulating 5.6 GW in development in Korea, the United Kingdom and the United States.

Marc Hirt, Country manager for Ocean Winds in France, commented: “We are very proud to announce this partnership with Banque des Territoires for participation in AO6. It seemed very natural to join forces given our common history since the launch of offshore wind ambitions in France, our convergences in terms of financial strategy, but most of all, our shared values around the priority given to local content. The focus on creating a French industry to support national clean energy ambitions is a pillar of our joint work on the Dieppe Le Tréport, Îles d’Yeu and Noirmoutier and EFGL offshore wind farms, and will also be a pillar in our bid for the AO6.”

For Emmanuel Legrand, Director of the Energy and Ecological Transition at the Investment Department of Banque des Territoires: “Banque des Territoires is delighted to confirm this commitment to contribute to the deployment of floating offshore wind power on a commercial scale. We believe that this innovative technology is one of the keys to achieving national renewable energy production objectives. This new partnership is a continuation of the joint work of the Ocean Winds and Banque des Territoires teams, which has enabled the Gulf of Lion floating wind project to validate the Final Investment Decision in 2022, thus demonstrating the viability of this type of project.”

The partnership between Ocean Winds and Banque des Territoires is exclusive for a joint response to the AO6 Mediterranean tender launched by the State on March 25, 2022, which is expected to be awarded by the end of 2023.