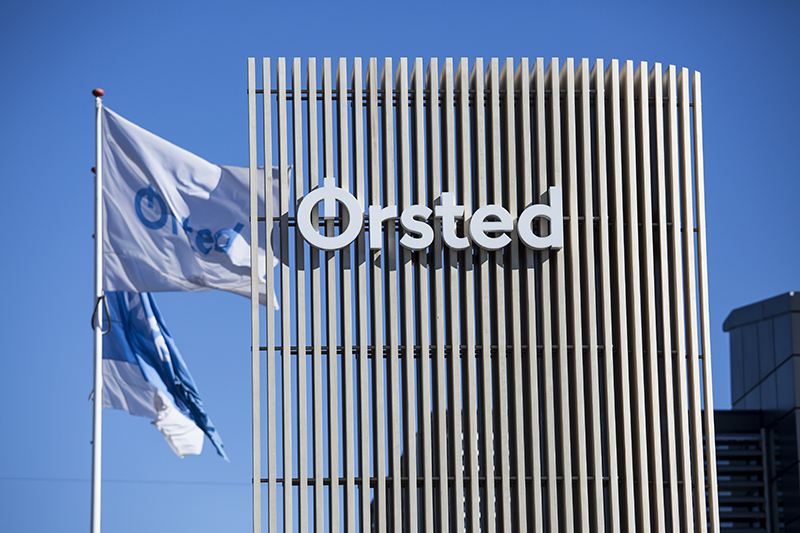 The UK Department for Business, Energy and Industrial Strategy (BEIS) has awarded Ørsted a contract for difference for its Hornsea 3 offshore wind farm. The project was awarded at an inflation-indexed strike price of GBP 37.35 per MWh in 2012 prices.

With a capacity of 2,852 MW, Hornsea 3 will produce enough low-cost, clean, renewable electricity to power 3.2 million UK homes, making a significant contribution to the UK Government’s ambition of having 50 GW offshore wind in operation by 2030 as part of the British Energy Security Strategy.

Hornsea 3 will play a key role in the ongoing development of a larger and sustainably competitive UK supply chain to support the next phase of the UK’s offshore wind success story. Ørsted has already announced a multi-million pound agreement for Hornsea 3 to be the first and lead customer at SeAH Wind’s monopile factory in Teesside, underpinning SeAH’s investment decision to establish a new, globally competitive monopile factory in the UK.

Martin Neubert, Deputy Group CEO and Chief Commercial Officer at Ørsted, says: “Offshore wind once again proves itself as a homegrown source of clean energy at large scale that will help the UK achieve its climate targets and increase energy independence while creating local jobs and industrial development.

“We remain fully committed to financial discipline. The strike price is inflation-indexed and the contract comes with a level of merchant flexibility. We have already secured capacity with key suppliers for around two thirds of Hornsea 3’s CAPEX. Also, we can unlock significant synergies by taking a global portfolio view in procurement and by utilising Hornsea 3’s size and location adjacent to our existing UK East coast wind farms with close to 4 GW in operation.”

Hornsea 3 will be located 160 km from the Yorkshire coast, and Ørsted expects to commission the wind farm in 2027. When Hornsea 3 comes online, Ørsted’s Hornsea zone – comprising Hornsea 1, 2 and 3 – will have a total capacity of in excess of 5 GW, making it the world’s largest offshore wind zone covering the power consumption of approx. 5 million UK homes.

Duncan Clark, Head of Region UK at Ørsted, says: “This is another landmark for offshore wind in the UK. Not only will Hornsea 3 provide low cost, clean energy for millions of homes in the UK, it will also deliver thousands of high quality jobs and billions of pounds of investment in the UK’s offshore wind supply chain.

“Successive governments deserve credit for providing the regulatory and policy certainty for continued investment in offshore wind – Ørsted alone expects to further invest around 14 billion pounds in the UK to the end of this decade. This has allowed the cost of offshore wind to fall rapidly and to become the thriving industry it is today, with private companies expected to invest 155 billion pounds and almost 100,000 people to be employed in the sector by 2030.

“Now more than ever there is a need for the further development of renewable energy, not only to address the increasing threats from climate change, but also to increase the stability and resilience of energy supply. We look forward to working with government and industry colleagues to accelerate the deployment of offshore wind.”

Hornsea 3 will support up to 5,000 jobs during its construction phase with up to a further 1,200 permanent jobs both directly and in the supply chain for the long operational phase. Hornsea 3 will be operated from Ørsted’s operations and maintenance hub in Grimsby.

The Hornsea Zone will also include Ørsted’s Hornsea 4 project, which could have a capacity of approx. 2.6 GW. Hornsea 4 is currently going through the planning process with a decision expected in early 2023.

About the contract
Ørsted will build Hornsea 3 including transmission assets (offshore and onshore substations and export cables). When the wind farm has been fully commissioned, Ørsted will, in accordance with UK regulation, divest the transmission assets to a new owner. Ørsted expects to take final investment decision on Hornsea 3 within 18 months and potentially as soon as by end of 2022.

The two-way contract for difference (CfD) for Hornsea 3 runs for up to 15 years starting after commissioning of the wind farm, which is planned for 2027. The strike price is inflation-indexed up to and throughout the CfD period. The nominal starting price per MWh will be determined based on the strike price plus accumulated inflation from 2012 until the CfD starts. After the CfD ends, Hornsea 3 will receive the market price for electricity or enter new power purchase agreements.

The information provided in this announcement does not change Ørsted’s financial outlook for the 2022 financial year or the expected investment level announced for 2022.