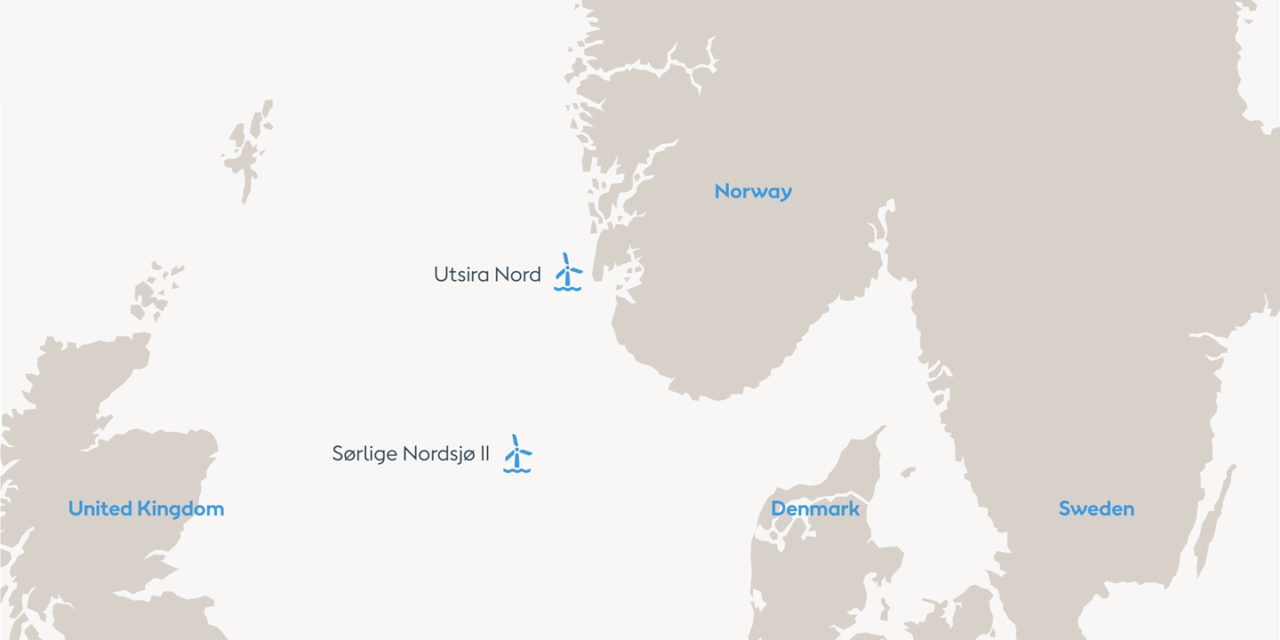 Ørsted joins consortium with Fred. Olsen Renewables and Hafslund Eco establishing a long-term partnership to develop offshore wind in Norway and to compete in Norway’s upcoming application round for offshore wind areas.

The Norwegian part of the North Sea holds great potential for the development of large-scale offshore wind farms that can supply green energy to Norwegian industries and households, and potentially also to other countries in the North Sea through the offshore grid needed to enable the massive build-out of offshore wind across Europe towards 2050. Offshore wind and offshore grid combined will create a profitable solution for Norway, utilising Norwegian flexible hydropower and delivering renewable power at a low cost.

The three parties see the cooperation as the perfect fit for realising large-scale offshore wind projects in combination with an offshore grid. The consortium has the aim to deliver both bottom-fixed and floating offshore wind power while developing the Norwegian supply chain for the expected large-scale build-out of offshore wind in Norway and in Europe.

Ørsted, Hafslund Eco and Fred. Olsen Renewables will be equal partners in the consortium which will be applying for licenses in both areas appointed by the Norwegian government, Utsira Nord and Sørlige Nordsjø II. The upcoming allocation round is expected to consist of up to 4.5GW across the two areas, with the technical potential being much higher.

“This partnership is an important step for Ørsted, as we expand our footprint in the Nordics. At the same time, we have made the strategic choice to drive the commercialisation of floating offshore wind to unlock the massive potential of the technology around the world where Norway can become a key market in Europe.”

“We’re very happy to enter the Norwegian market for offshore wind with Fred. Olsen Renewables and Hafslund Eco, whose vast experience in renewable energy, power markets, the offshore wind supply chain and infrastructure makes them perfect partners for us. The consortium has a very strong position to compete for both bottom-fixed and floating offshore wind in the areas expected to be tendered by the Norwegian government.”

“Adding to the extensive experience within renewable energy, energy grids and offshore wind, possessed by Hafslund Eco and Fred. Olsen related companies, Ørsted brings along the largest track record and competence in the world in developing local supply chains in this industry. This has resulted in the significant creation of new local green jobs within offshore wind.  Fred. Olsen related companies have for years worked successfully with Ørsted around the globe to develop strong supply chains for transport, installation, upgrades and maintenance of offshore wind turbines. Through this, our companies have experienced Ørsted’s competence and desire to develop local jobs in real-life situations. With the addition of Ørsted, the consortium has further strengthened its ability to successfully assist Norway to secure a sustainable and efficient way forward within offshore wind.”

“Offshore grid combined with offshore wind will create a profitable solution for Norway, delivering renewable power at low cost for electrification and green industrial growth. Ørsted has for many years been the leader in bringing down the cost of offshore wind, which is a significant advantage on the journey to realise offshore wind in Norway and contributing to future export of Norwegian solutions.”