Port of Roenne accelerating enlargement of its harbour area 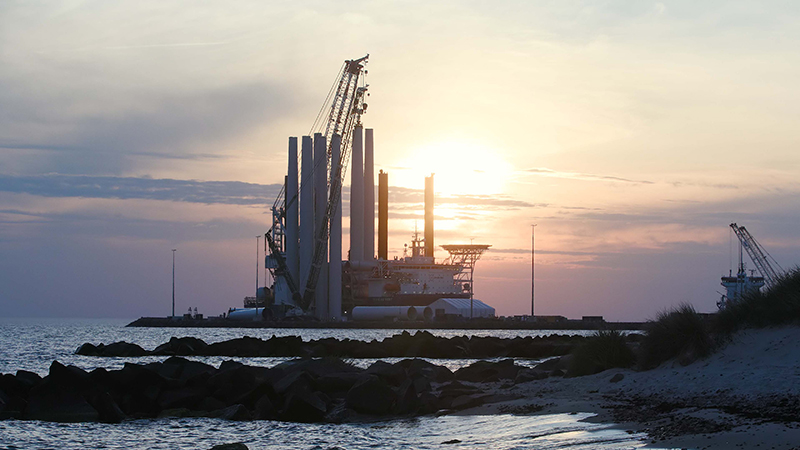 The Baltic Energy Security Energy Summit has decided to sevenfold the amount of electricity from offshore wind in the Baltic Sea Region. To accommodate this goal, Port of Roenne A/S is accelerating a planned enlargement of its harbour facilities to enable the Port to manage multiple projects at the same time within a few years.

“The Baltic Energy Security Energy Summit is a powerful manifestation of how the countries of the Baltic Sea Region intend to intensify their collaboration on the enlargement of OWE capacity to enable us to become independent of Russian gas. Due to Bornholm’s location in the Baltic Sea, we of Port of Roenne A/S are experiencing an enormous interest in using our port’s facilities as a staging area for offshore wind turbine projects. This need will only grow in the years ahead, meaning that port infrastructure for OWE projects in the Baltic Sea Region can become scarce within a few years. Accordingly, we are accelerating our planned enlargement of harbour facilities that will enable us to manage multiple projects at the same time within a few years,” says Lars Nordahl Lemvigh, CEO, Port of Roenne A/S.

The Port of Roenne has been Bornholm’s gateway to the world for centuries, but an expansion project in 2019 elevated the port’s role to that of a green energy hub in the Baltic Sea within just a few years. This was partly because the Port of Roenne had been selected as the staging area for a number of the wind farm projects scheduled to be set up in the years ahead.

Last year, ‘Kriegers Flak’ – the biggest wind farm in Scandinavia – was launched from Roenne, and this year both foundations and wind turbines for Germany’s ‘Arcadis Ost 1’ project will be launched from the port. The projects in the Port’s order book total almost three gigawatts. And that does not include the wind turbines for the forthcoming Energy Island Bornholm project, which is planned to be the first of its kind in the world, with a potential for three gigawatts of offshore wind energy by 2030.

In addition to being a key staging area for OWE projects, the Port of Roenne is also involved in a number of projects aimed at accelerating the green transformation of shipping in the Baltic Sea.

Port of Roenne A/S is a member of the Bornholm Bunker Hub consortium, which aims to make Bornholm a green refuelling station and envisions the possibility of providing green fuels to some of the more than 60,000 ships that sail past Bornholm each year. The consortium behind Bornholm Bunker Hub comprises eight partners: Ørsted, Molslinjen, Topsøe, Bunker Holding Group, Wärtsilä, Rambøll, Bureau Veritas and Port of Roenne A/S.

In addition to its efforts to become the Baltic Sea’s green refuelling station, the Port of Roenne is part of a European network of ports working to establish green shipping corridors crossing the Baltic Sea and the North Sea. The European Green Corridors Network is operated by the Mærsk Mc-Kinney Møller Centre for Zero Carbon Shipping and involves a number of key north European ports: Hamburg, Gdynia, Rotterdam and Tallinn. The European Green Corridors Network aims to demonstrate the early-stage commercialisation of alternative-fuel supply chains, give support to first-mover solutions and draw up a plan for rolling out green corridors in other areas and regions.