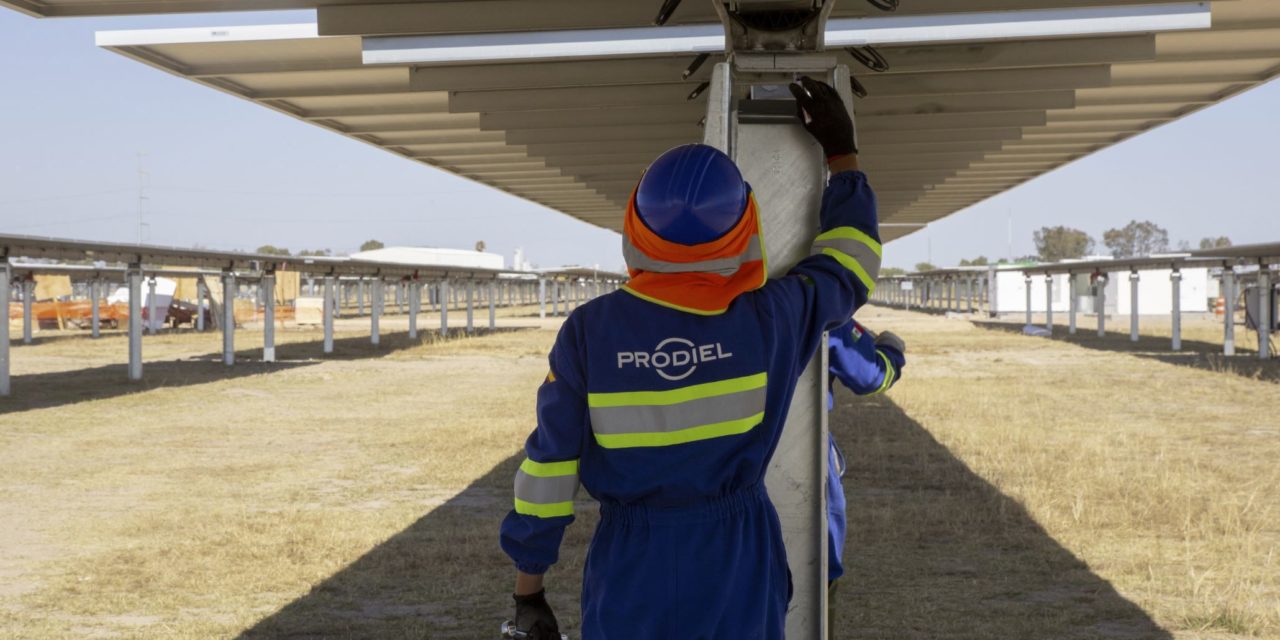 Renewable energy multinational Prodiel will be in charge of building the Talayuela Solar (Cáceres) and Cabrera Solar (Seville) plants for British company Solarcentury, under the Balance of System (BOS) format. In addition, Prodiel will also be responsible for building all the interconnection infrastructure. The first of the plants will become one of the largest-capacity photovoltaic projects on the peninsula due to its 300-MW capacity while Cabrera Solar will become the largest plant in Andalusia, with 200 MW.

Talayuela Solar will occupy over 520 hectares in the Cerro Verde area, sited in Talayuela, where the project will be built. The work began in late 2019 and the plant is expected, once commissioned, to generate an amount of electricity equivalent to the amount consumed by 166,000 families.

The plant will be made up of 830,000 solar panels, placed on 15,000 trackers (the single-axis variety), a 400/30 kV substation with a 350 MVA power transformer and a simple circuit 400 kV‘duplex’ power line measuring 21.4 km which will transfer the energy to the Arañuelo Substation belonging to Spain’s national energy grid operator, Red Eléctrica Española (REE).

This facility will be sited in a location receiving 1,850 hours of sun a year, which will mean the production of 570 GW of energy per year. It will avoid emissions into the atmosphere of over 165,000 tonnes of CO2 each year.

The work on the Cabrera Solar Photovoltaic Plan is already under way in the Seville municipality of Alcalá de Guadaíra, and the installation is expected to be completed before 2021. The work will generate more than 600 direct jobs at its peak, which will have a direct effect on local employment.

The photovoltaic complex, which will be spread over 400 hectares of land, will consist of four batches (Primo Alemán, La Cabrera, Haza de los Sesenta and Los González), a 220 kV booster substation and a 220 kV transmission line measuring 13 km with 36 double circuit towers.

Cabrera Solar will have over 554,000 solar modules, supported in turn by 9,500 trackers. Once completed, the infrastructure will transport the energy to the AIE Don Rodrigo switcher, thus consolidating Prodiel’s status as the only EPC contractor to have interconnected projects to this node, with this plant joining the ranks of the La Isla plant (182 MW) and the Don Rodrigo (175 MW) facility.

Thanks to the hours of sun benefitting this enclave (in excess of 2,000 hours), it is estimated that the plant may generate more than 380 GW/h a year, supplying clean energy to more than 120,000 homes and avoiding emissions of over 150,000 tonnes of CO2 a year.