Prysmian to deliver first interconnector between UK and Germany 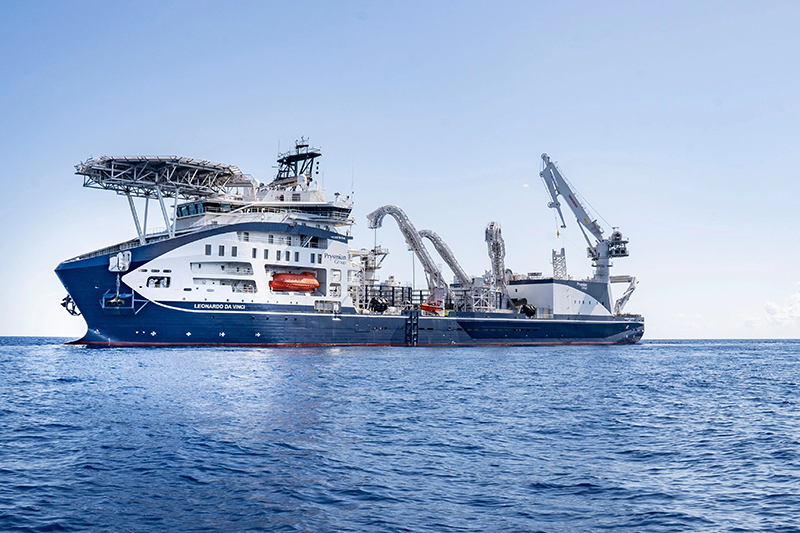 Prysmian Group has been awarded a contract worth around €1.2 billion by NeuConnect Britain Limited and NeuConnect Deutschland GmbH for the turn-key design, manufacturing, installation, testing and commissioning of a 725 kilometre submarine interconnector that will directly link the German and UK electricity grids for the first time. This 1400 MW submarine and land cable system will connect two of Europe’s largest energy markets, promoting the efficient use and integration of renewable energy generation resources in both Germany and the UK.

The NeuConnect interconnector is a privately financed project developed by a group of international investors that include Meridiam, Allianz Capital Partners and Kansai Electric Power, and is contingent on the successful tendering of the converter station and financing agreements for the project.

“When completed in the coming years, NeuConnect will join the world’s longest interconnectors,” said Hakan Ozmen, EVP Projects, Prysmian Group. “Moreover, it is one of the first interconnectors to be financed through a project financing arrangement, demonstrating that the major infrastructure projects needed to deliver the sustainable energy goals in Europe are supported by private investment.”

The project shall deliver the cable connection along a route which runs between the UK converter station located on the Isle of Grain in Kent (UK), passing through UK, Dutch and German waters to the landing point in Lower Saxony in Germany to connect with the converter station near Wilhelmshaven. The NeuConnect project shall provide major energy transmission infrastructure that shall contribute to the wider European goals for increased availability of economically beneficial, sustainable, and secure electrical power.

Prysmian will provide the complete cable system to be operated at ±525kV HVDC utilising mass-impregnated (MI) paper insulated cables, and include fibre optic cables on the land and selected submarine sections, complemented with state of the art cable monitoring systems that shall support the monitoring, maintenance and services to be provided during the warranty period.

The submarine and land power cables will be manufactured at Prysmian’s centre of excellence at Arco Felice factory near Naples, Italy. Offshore installation activities will involve three of the Group’s own cable laying vessels including Leonardo da Vinci, the most capable cable laying vessel in the market, Cable Enterprise, and Ulisse. Commissioning of the project is scheduled in the second half of the decade.

The NeuConnect project joins the latest record-breaking awards to the Prysmian Group and follows projects such as Viking Link, the connection currently under installation between Denmark and UK, as well as the recent successful awards of the major framework contract by Terna developing a more robust power grid in Italy and the strategic link connecting Saudi Arabia and Egypt by SEC and EETC respectively.