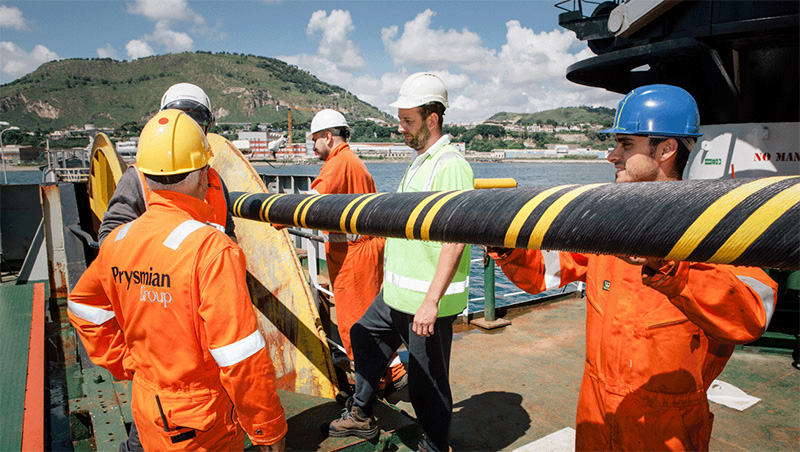 Prysmian Group has been awarded a contract by France’s transmission system operator Réseau de Transport d’Électricité (RTE) to provide inspection, maintenance and repair services for the submarine export power cable links connecting the three offshore wind farms near the French coast of Normandy that will be linked to the mainland using Prysmian cables. The wind farms at St. Nazaire, Fécamp and Calvados, are among the largest commercial wind farms ever built in France, and their seamless functioning is essential to achieving France’s energy transition goals.

The maintenance services provided by Prysmian will reduce the length of any possible supply disruption arising from a power outage of the wind farms, thus assuring a continuous flow of renewable energy to French homes and businesses. The agreement will last 15 years and enters into effect immediately at the already-completed link of St. Nazaire. It will then be extended to the other two links as soon as they enter into operation.

“This long-term contract will consolidate Prysmian’s relationship with RTE and confirms its commitment to assisting its key customers during the whole life of cable systems,” stated Detlev Waimann, Chief Commercial Officer of Prysmian Power Link, Prysmian Group. “We are proud to be contributing to the development of such a strategically important infrastructure.”

Prysmian is constantly extending its range of IMR (Inspection, Maintenance and Repair) services delivered to its customers in a portfolio that includes preventive maintenance, storage and repair services for critical links and offshore wind farms.