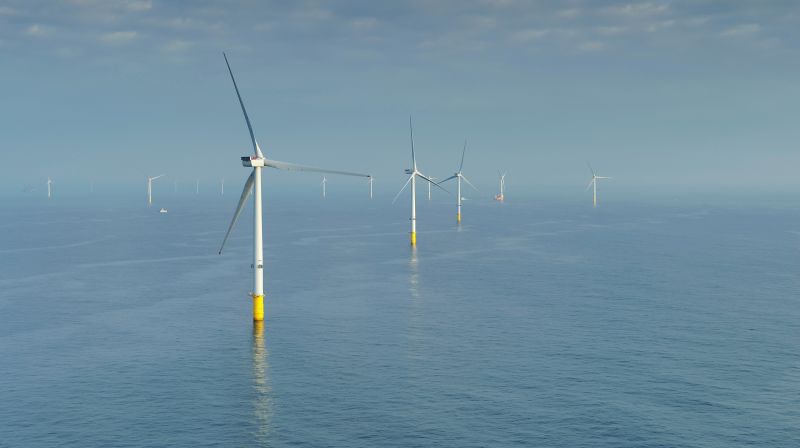 RWE has acquired 100% of Irish company Western Power Offshore Developments Ltd, which is in the early stages of developing the East Celtic Wind Farm project off the coast of Ireland.

Located around 10 km off the coast of Wexford and Waterford in Ireland, the East Celtic project will significantly expand RWE’s offshore wind developments and contribute towards its target of expanding its powerful, green generation fleet internationally up to 50 gigawatts (GW) by 2030.

RWE’s adoption of the project as part of the acquisition reinforces the company’s commitment to offshore wind growth in Ireland. It makes it a key partner to the Irish Government in delivering its target of connecting 7GW (7,000MW) of offshore wind capacity to the Grid by 2030.

In addition, RWE is already developing the Dublin Array wind farm project in partnership with Saorgus Energy, off the coast of Dublin and Wicklow, which will generate up to 600-900 MW of electricity.

Sven Utermöhlen, CEO Wind Offshore of RWE Renewables, said: “The acquisition of the East Celtic wind farm project is a significant step in the growth of RWE’s Irish offshore business; East Celtic is targeting inclusion in Ireland’s offshore Phase 2 round and could be invaluable in contributing to the Irish Government’s 80% renewable energy target by 2030. RWE is a global leader in the development of offshore wind, and we are excited about this next phase in Ireland’s renewable journey and look forward to expanding our team and working with stakeholders to advance the project.“

The East Celtic project is in the very early stages of development, and important decisions have yet to be made, from the overall size of the wind farm to turbine locations, cable routes and land-based developments. A major public consultation exercise will take place to gather views from local people to help inform the future direction of the project design.

Depending on the final agreed installed capacity, and once fully developed and constructed, it could have the potential to generate up to 900 megawatts (MW) of clean wind energy. It is anticipated that it could also bring significant economic benefits to the South East region of Ireland during both the construction phase and across the wind farm’s operational life.