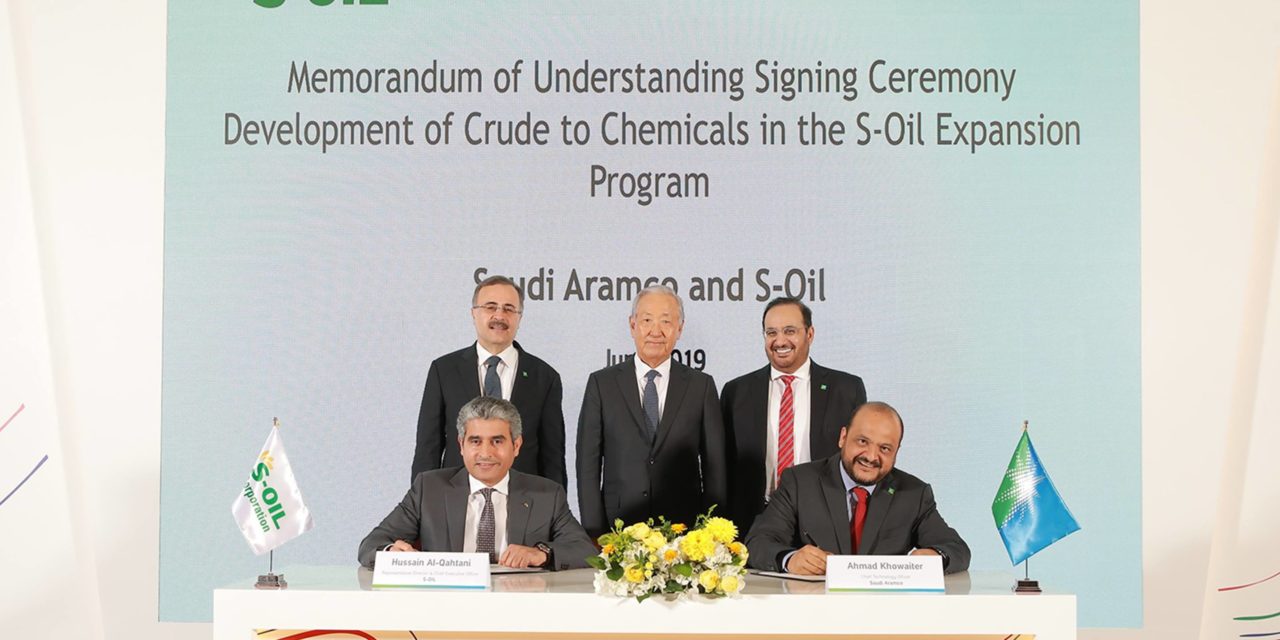 The new facilities feature the latest refinery technologies, which have raised S-Oil’s petrochemical portion from 8% to 13% and includes high-value products such as propylne and gasoline.

The inauguration of the complex was celebrated in the presence of His Royal Highness Prince Mohammed bin Salman Al-Saud, Crown Prince, Deputy Prime Minister, Minister of Defense and His Excellency Moon Jae-in President of the Republic of Korea. Also in attendence were His Excellency Khalid Abdulaziz Al Falih, Minister of Energy, Industry and Mineral Resources, and Sung Yunmo, the Minister of Trade, Industry and Energy of the Republic of Korea.

“Today‘s inauguration marks a historic moment for both S-Oil and Saudi Aramco. S-Oil serves as a role model for Saudi Aramco’s international downstream strategy and plays an important role by providing the vital energy needed for economic growth in South Korea. These two new facilities will supply high-value products to major Korean industries, whose global brands are part of our everyday lives and rank among the world’s very best in technology, innovation, creativity, and quality,” said Saudi Aramco President and CEO Amin H. Nasser.

The inauguration also included the signing of a Memorandum of Understanding between the two companies to collaborate on a US$6 billion Steam Cracker & Olefin Downstream Project which is expected to be completed by 2024. The new world class steam cracker will produce ethylene and other basic chemicals out of naphtha and refinery off-gas.

This new agreement supports Saudi Aramco’s plan to increase its global petrochemicals footprint over the next decade. It will further include the deployment of Saudi Aramco’s Thermal Crude-to-Chemicals Technology, shifting S-OIL’s focus from “oil to chemicals” to better position the company in the future energy market.

Aramco Overseas Company is a major shareholder in S-Oil which is South Korea’s third-largest refiner.

Saudi Aramco initially invested in S-Oil in 1991, and their relationship continues to grow stronger, with the refining capacity increasing from 90 thousand bpd in 1990 to roughly 700 thousand bpd in 2018.