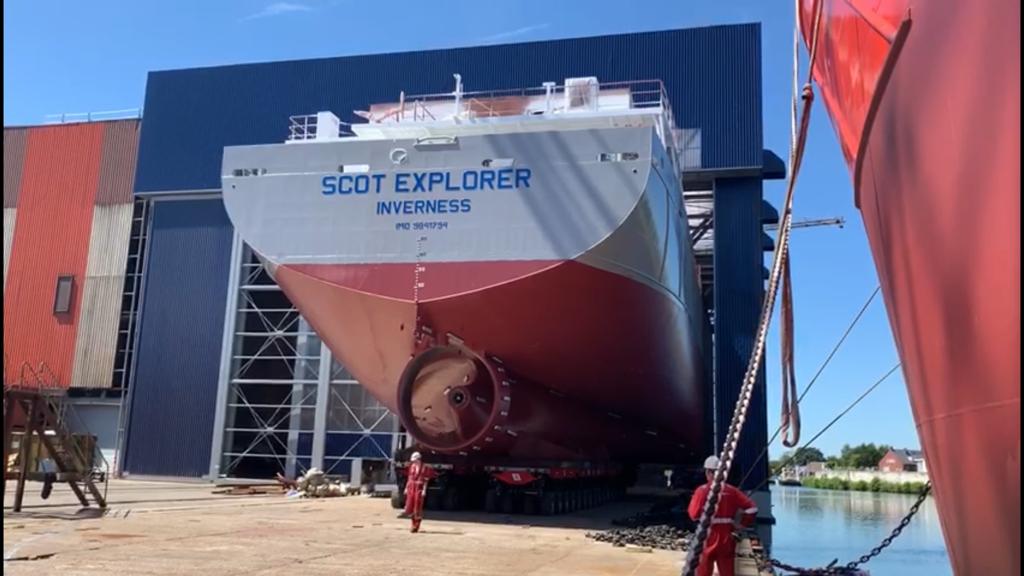 Scotline Marine Holdings Ltd is pleased to announce the order from the Royal Bodewes Shipyard of newbuilding number 750 to be named Scot Ranger with Swedish/Finnish Ice Class 1A.

After the successful delivery of the Scot Carrier in November 2018, construction of the second vessel, Scot Explorer, started February 2019. Scot Explorer is seen here with the aft section leaving the brand-new production facilities at the Royal Bodewes Shipyard site at Hoogezand. The vessel is expected to be launched in October 2019 with final delivery shortly afterwards.

The successful co-operation between Scotline Marine Holdings Ltd and Royal Bodewes resulted in a third sister new building, Scot Ranger, but with Swedish/Finnish Ice Class 1A. Start of construction is planned early 2020.