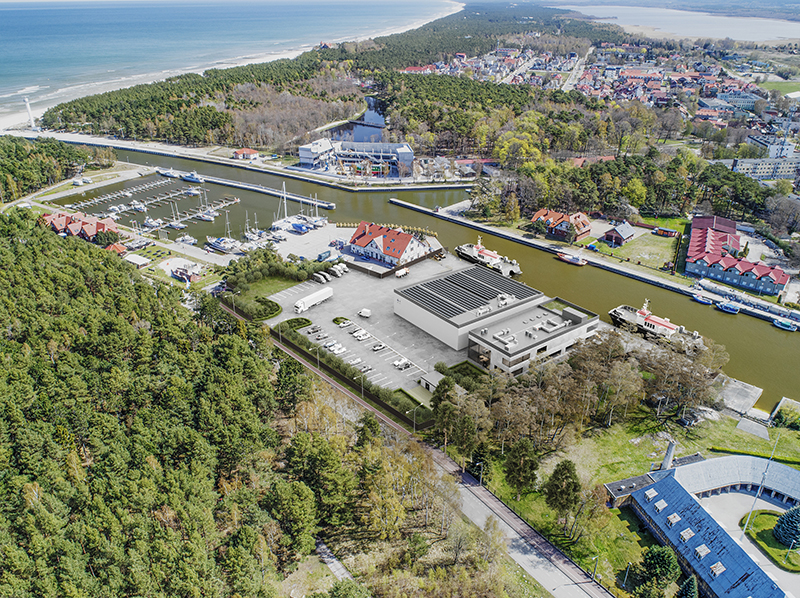 The port in Łeba will be used to service the Baltic Power offshore wind farm for at least 25 years. The company has signed an agreement to lease a site on which a base will be built for service operation vessels to be used for maintenance of approximately 70 wind turbines. The ORLEN Group’s first offshore wind farm is scheduled to be operational in 2026.

“In addition to being a key element of the green transition of Poland’s energy system, the Baltic Power offshore wind farm will also significantly bolster national security and independence. This is why we are determined to take successive steps bringing us closer to launching this project by the end of 2026. Having a service port is crucial for the smooth operation of the project, which will generate electricity for as many as one million households in a few years’ time,” said Daniel Obajtek, President of the PKN ORLEN Management Board.

The company has secured an area of approximately 1.1 ha on signing the lease, where a base supporting the offshore wind farm will be constructed. The service base for the wind farm is expected to permanently operate at least two crew transfer vessels (CTVs), each capable of taking on board up to 24 technicians with the necessary equipment. It will take the vessels about 40 minutes to cover the 16-nautical mile route from the port to the wind farm – the shortest time compared with all the other potential locations for the base.

“The service port is one of the key elements of the entire project. Its location, the distance from the farm, and thus the response time of maintenance crews, are factors determining the efficiency of the farm’s operation and stability of power supply. The port in Łeba will best meet all our objectives and needs as part of the Baltic Power project. We also see its potential in terms of PKN ORLEN’s strategy to pursue further offshore wind power developments in the coming years,” said Anna Łukaszewska – Trzeciakowska, President of the Baltic Power Management Board.

The service port will accommodate spare part warehouses, workshops and office space. Approximately 50 staff responsible for maintenance of the base will be working there on a 24/7 basis. Their key responsibilities will include regular inspections of the turbines, including checks of their performance, operational parameters and wear and tear of individual components, to replace or repair them as necessary. The project in Łeba is scheduled to be carried out in 2023–2025, at an estimated cost of approximate PLN 20–30m. The front-end loading documentation is being developed by Antea Polska, which has prepared, among other things, a functional space allocation programme for the base. In addition, Antea is supporting Baltic Power in the process of drafting tender documentation for the design and construction of the base.

The development of the Baltic Power offshore wind farm is a joint project of the ORLEN Group and Northland Power. The site of the project, with a total capacity of up to 1.2 GW, is located about 23 km north of the Baltic coastline, near Łeba and Choczewo.