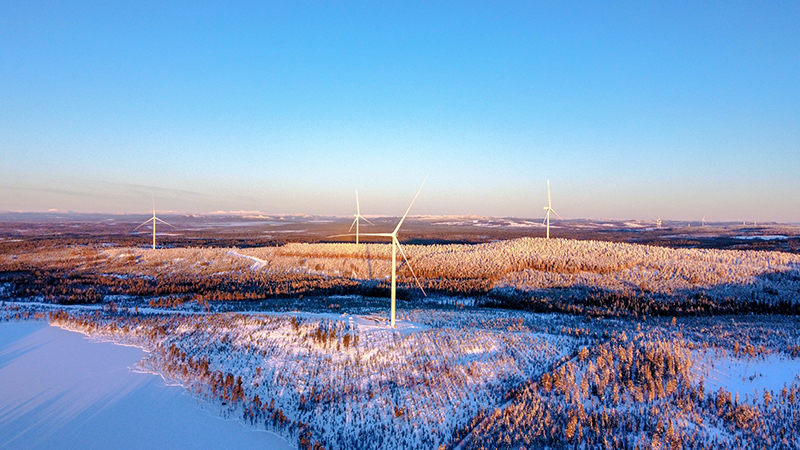 The 277-MW Kölvallen project will be installed in early 2025 and will feature 41 SG 6.6-170 model units and one SG 6.6-155. The wind farm will stand close to the Skaftåsen project led by the three companies and is currently being installed. Skaftåsen was the first to use the Siemens Gamesa 5.X platform, one of the most competitive in terms of Levelised Cost of Energy (LCoE) in the onshore landscape.

The contract between the parties is also noteworthy for its lengthy 35-year service contract, assuring the machines operate to the best of their capacities over their lifetime. They will sit on towers of 135 metres for the SG 6.6-170 turbines and on a 122.5-metre tower for the SG 6.6-155 version.

“This project feels like an extension to the Skaftåsen project, being physically close and allowing us to work alongside our partners Arise and Foresight to extend our collaboration further. This project is another strong endorsement for the Siemens Gamesa 5.X platform. Between Skaftåsen and Kölvallen the two wind farms will provide significant green energy for Sweden,” said Clark MacFarlane, CEO of Siemens Gamesa’s operations in Northern Europe and the Middle East.

“We are happy to realise another great project with Foresight and Siemens Gamesa. The wind farm will produce almost 1 TWh of renewable power per year, which is a material contribution to the Swedish power balance and also an important measure to mitigate climate change,” said Per-Erik Eriksson CEO at project developer Arise.

Theodora Forbes, Senior Investment Manager, Foresight Group LLP stated: “We are delighted to be expanding our presence in Sweden, alongside Arise and SGRE, with this addition to FEIP’s growing portfolio. Kölvallen and Skaftåsen are milestone onshore wind projects for the Nordic region with each making a significant contribution to the region’s decarbonisation targets. As demand for secure energy grows, exacerbated by ongoing geopolitical events, FEIP is well positioned to support the build-out of Europe’s low-carbon energy system.”

Commercial bank NORD/LB provided a financing package as the sole Mandated Lead Arranger to support the construction of the wind farm with Foresight advised by Newsec Infra on the debt structuring of the deal.