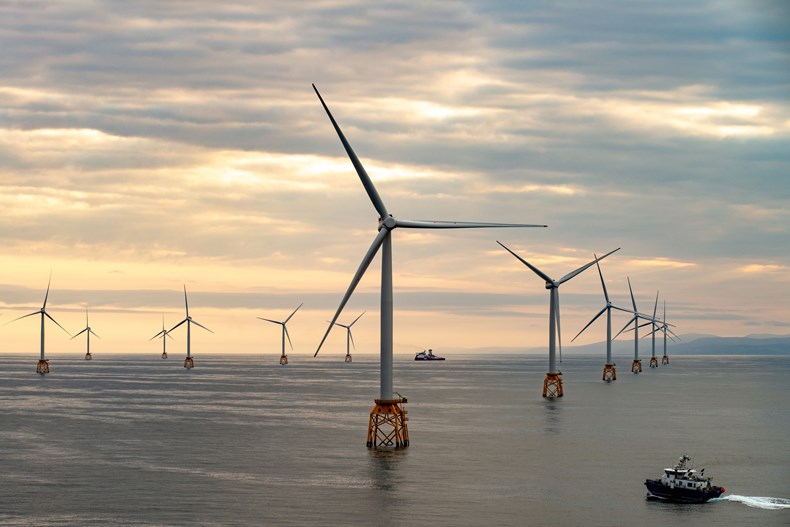 Last week SSE Renewables (SSER) and Brookfield submitted their joint bids for the Hollandse kust west offshore wind tenders in the Netherlands. As part of their bid for Site VII, which focuses on energy system integration, SSER and Brookfield have agreed to an exclusive partnership with the VEMW Wind Consortium, representing 13 large and small Dutch energy users from several industrial sectors including agriculture, metals and chemicals and a brewery.

The participating companies will consume a large part of the electricity produced by the 700MW offshore wind farm for a period of 15 years, which will then be used to power a range of innovative projects, including electrolytic production of hydrogen and electric boilers.

The agreement is one of the largest ever signed in terms of the number of counterparties, particularly in a contract supplied from a single energy source. The contract provides critical renewable power to Dutch industrial companies, some of which do not have an investment-grade credit rating and therefore could otherwise not access low carbon energy in this way.

As part of the partnership, the VEMW consortium also has significant potential to provide demand flexibility services. This potential is provided by a combination of hydrogen electrolysers, e-boilers and heat pumps, which can shift demand to better match supply from the site, thus reducing system costs in the Netherlands. The total amount of flexible demand from VEMW member assets in development could cover a significant part of the generated output, helping to smooth out the supply and demand of electricity from Site VII.

SSE Renewables and Brookfield will also provide a €20m fund to potentially co-invest in decarbonisation projects for the VEMW consortium, subject to meeting certain criteria and the Site VII bid being successful.

“SSE Renewables is proud to be partnering with VEMW and enabling such a diverse range of Dutch industrial customers to access clean, cheap power through this PPA, which will enable their decarbonisation journeys whilst also ensuring that offshore wind is consumed flexibly and in a way that maintains the stability of the Dutch grid.”

“The partnership with VEMW pushes the bounds of innovation in the offshore wind sector, and ensures the power from the HKW project will end up in the hand of domestic consumers who are critical employers in the Dutch economy and committed to sustainability.”

“The industry must act as a catalyst for making Dutch society more sustainable. By enabling the development of this wind farm as part of the system, we assure ourselves of green electricity, but we also bring the integral decarbonization of the Dutch electricity system a step closer.”