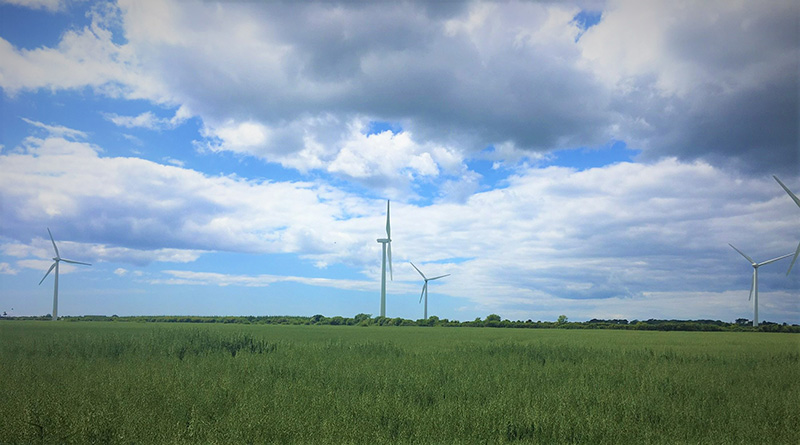 SSE Renewables is taking its first steps into solar energy generation and associated battery storage in Ireland. It plans to develop a co-located project at its existing operational wind farm asset in the country’s ‘Sunny South East’.

SSE Renewables recently launched a fleet-wide assessment of sites where battery storage systems and solar generation technology could be co-located with existing onshore wind farms. Co-locating solar and battery technology near each other at wind farm sites has been identified as an important step in supporting the production of clean, homegrown energy in Ireland and the UK.

Richfield Wind Farm in Wexford has been in operation since 2006 and can power almost 18,000 homes annually and helps to abate almost 22,000 tonnes of harmful carbon dioxide per annum. The proposed solar farm would be located in the townlands of Hooks and Yoletown while the proposed battery energy storage system (BESS) would be co-located adjacent to the existing substation at Richfield Wind Farm.

The project’s development will be subject to changes in Ireland’s current grid connection consenting regime to allow for ‘hybrid’ technology grid connections to facilitate co-location of generation sources.

Heather Donald, Onshore Renewables Development and Construction Director at SSE Renewables, said: “We’re taking action at SSE Renewables to deliver the clean energy the world needs right now. At Richfield in County Wexford, we’ve identified an ideal opportunity, located in Ireland’s ‘Sunny South East’, to further explore how we can co-locate solar, battery and wind farm technology to realise our full homegrown renewable energy potential. The proposed development can generate new solar power for immediate use while also storing surplus renewable energy in a battery storage system for use when it’s needed most. The result is that this co-location project at Richfield can help export greater levels of renewable energy output to the national grid and contribute to Ireland’s target of generating 80% of its electricity from renewable sources by 2030.

“Innovative projects such as this can really deliver for Ireland’s climate goals. And while some regulatory hurdles still need to be overcome to allow for hybrid grid connections, we’re ready at SSE Renewables to work closely with key government and regulatory stakeholders so that we can remove any remaining barriers and support the delivery of important solar and battery technology projects co-located at wind farm sites.”

SSE Renewables has today commenced a public consultation to seek views from people in County Wexford on the proposed co-located solar and battery project. Local community members are invited to attend a public consultation event at the Stella Maris Centre, Kilmore Quay in Wexford, to learn more about the proposed development. The event is open to members of the public from 3pm to 8pm on Thursday, 26 January. Project team members from SSE Renewables will be in attendance to provide further information and answer any queries from the public.

Following the completion of the public consultation, SSE Renewables intends to submit an application for planning permission to Wexford County Council later this Spring. This will be advertised locally, and community members will have an opportunity to make submissions on the planning application at that time.